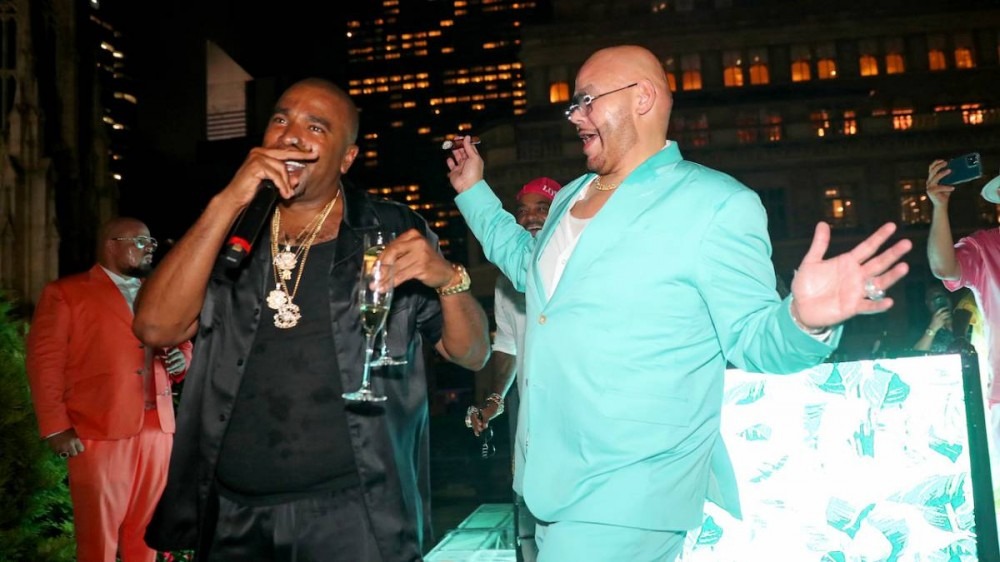 New York, NY – Fat Joe turned 51 on Thursday (August 19) and in order to properly celebrate, the great Bronx rapper, storyteller and host of the Joprah Show decided he had to have a slightly glitzy New York party.

The result? Performances and appearances from frequent collaborators such as Ashanti, Remy Ma and French Montana. Once Drink Champs and “Banned From TV” star N.O.R.E. made an appearance, Joe urged him to perform his 1998 single “Superthug” as a birthday present. aAthough N.O.R.E. hesitated with champagne glasses in his hand, he immediately launched into the Neptunes-produced song as if it were brand new.

The birthday celebration wasn’t without surprise guests. Shyne, currently in New York as an ambassador for Belize, showed up as well as Mary J. Blige, Tamika Mallory and more.

Fat Joe’s assumed the title of one of the more interesting men in Hip Hop. Aside from delivering the perfect recap to the epic LOX/Dipset Verzuz event and welcoming Evan Fournier and Kemba Walker to his hometown New York Knicks, he also once saved the life of Common.

After Common’s mid-90s beef with Ice Cube and what seemed like the entire West Coast resulted two diss tracks, including Common’s “The Bitch In Yoo,” the Chicago native was called to do a Sprite commercial, where he wound up running into Ice Cube’s Westside Connection affiliate Mack 10. Joe intervened to save the whole situation from coming to blows.

“That brother kinda saved my life,” Common told Hot 97’s Ebro In The Morning. “Fat Joe saved my life. So, after the beef with Ice Cube and Mack 10, the beef we had, it got settled by Minister Farrakhan. You know Cube, my guy, but I had to go for mine. We doing this Sprite commercial. It’s like a Voltron commercial where they take an artist from each region.