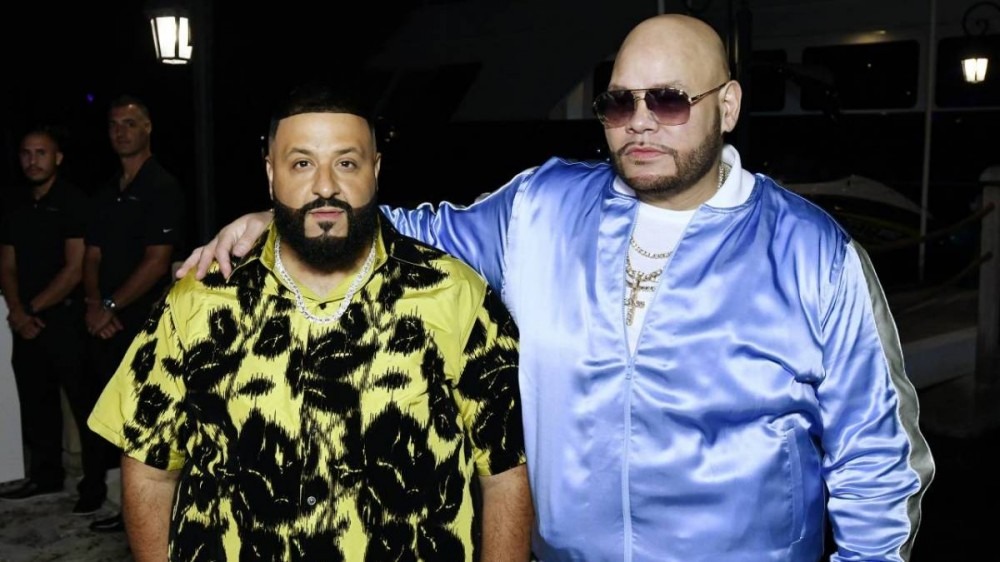 Fat Joe thinks DJ Khaled is at the top of his craft and wants Hip Hop fans to give him credit for his hard work over the years. During a new episode of Drink Champs with N.O.R.E. and DJ EFN, the Bronx rapper compared Khaled to the legendary Quincy Jones and broke down his opinion.

“People take away the greatness from Khaled and they say, ‘Well he just gets a bunch of big-time rappers and puts them on the same song,’” he said. “There’s a million DJs and producers that try that, and those ain’t hit records. And it’s been a long time since we heard Nas and JAY-Z on what to me sounds like a smash hit, like a SMASH hit, that can play on the radio, it’s streaming incredibly. So DJ Khaled really is the Quincy Jones of Hip Hop right now.”

Responding to hate in N.O.R.E.’s comments, Fat Joe wrote, “All these back seat drivers Monday morning quarterbacks always got an opinion but can’t do it themselves shit crazy to me the term Quincy jones of this time was used in reference to the work khaled has put in years and years of hit obviously there’s only one Quincy but fuck it tune in tonight EXPLOSIVE lol.”

Fat Joe went into more detail in an Instagram video when fans continued to disagree with his opinion on DJ Khaled.

“When I make reference to Khaled being the Quincy Jones of Hip Hop,” he began. “Now, there’s a million guys putting a bunch of rappers together… one million guys putting shit together. Every DJ, every guy you know, and they come together, big guys, and they’re not hits. This is my point – Khaled puts out No. 1 albums, No. 1 hits, the album is incredible for me. Give the man his credit.”

He added, “We deal with so much hate of people just, you know what I call them, Monday morning quarterbacks and backseat joggers. ‘I woulda did this, yo, I coulda did that’ – nah bro. I was there for the entire album.”

Best known for producing classic Michael Jackson albums such as Off the Wall, Thriller and Bad, 88-year-old Quincy Jones was inducted into the Rock and Roll Hall of Fame in 2013 and has won a total of 28 Grammy Awards.