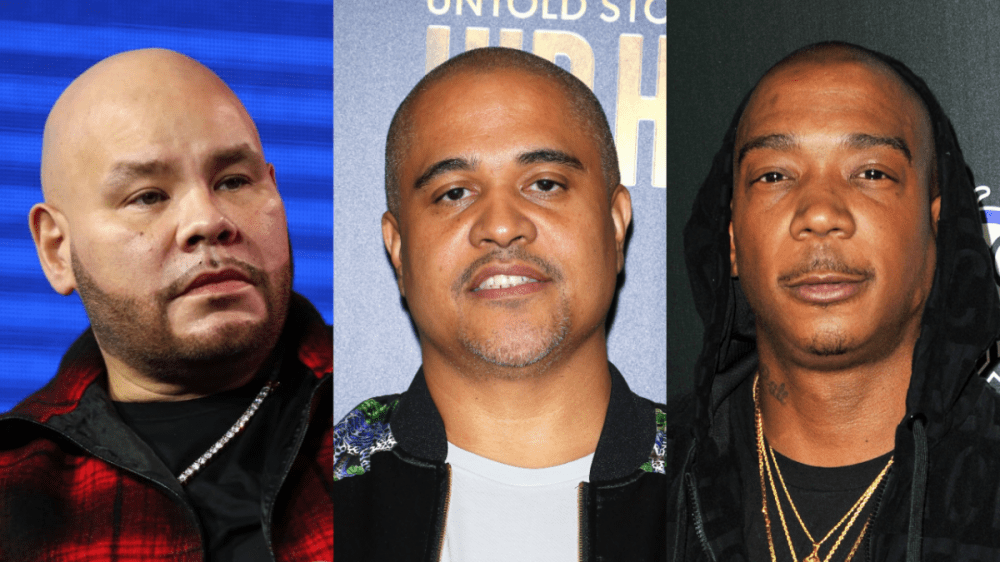 Fat Joe has slammed Irv Gotti for dredging up his alleged two decades-old romance with Ashanti on Drink Champs.

The Murder Inc. founder claimed during the interview that the singer’s 2002 hit “Happy” was made after they “finished sleeping together.”

Rumors have long swirled that Gotti and Ashanti were more than just collaborators during Murder Inc.’s heyday in the early 2000s, although Ashanti has never directly addressed the speculation herself.

In an Instagram Live video on Monday (August 8), Fat Joe — who worked with Ashanti on 2002’s “What’s Luv?” — called Irv Gotti out for “disrespecting” the R&B songstress by airing out their alleged fling.

“Whatever Irv has with Ashanti is 20 years old,” he said. “I know he was making some points that mean a lot to him, his heart and soul, but when you keep ranting about somebody 20 years later, it felt like he’s not over the young lady.

He added: “He signed DMX, he signed JAY-Z, he signed Ja. The man’s a genius, there’s no question. But he makes himself look crazy disrespecting her and the woman never really disrespected him. All this shit he’s talking and all that, I’m looking like, ‘Damn, bro.’”

Joey Crack also took issue with Ja Rule for not sticking up for Ashanti — with whom he formed a formidable partnership on hits like “Mesmerize,” “Always On Time” and “Wonderful,” and has remained close to — while he was sat next to Irv Gotti on Drink Champs.

“It’s OK if it’s on a documentary — you gotta say your truth in your documentary — but to go to Drink Champs and keep calling her a bitch, keep disrespecting — I’m not the guy to stand up for Ashanti. Ja Rule was standing right next to him,” Joe said before a long pause.

Earlier in his Instagram Live diatribe, Fat Joe labeled Irv Gotti a “sucker” for comments he made about his September 2021 Verzuz battle with Ja Rule.

“No disrespect to Fat Joe, but I knew what was going to happen,” Gotti bragged on Drink Champs. “It’s but so many records you gonna do; [Ja’s] gonna go the whole time. And let me tell you something, Rule was ready for whatever. Thank God Joe didn’t go there.

“People don’t know, [Ja] is a battle rapper! This n-gga is a savage and he’s competitive with a fucking ‘I’m gonna kill you’ [mentality].”

Joe fired back: “Irv Gotti a sucker, man. He a sucker … I’m not talking crazy to Irv because Irv just closed a deal. God bless him, he’s making money. But he trying to take shots at the wrong dude to get his little street cred off of Joe Crack. Don’t do that. We not cool. Yo Irv, stop. You’re a producer.”