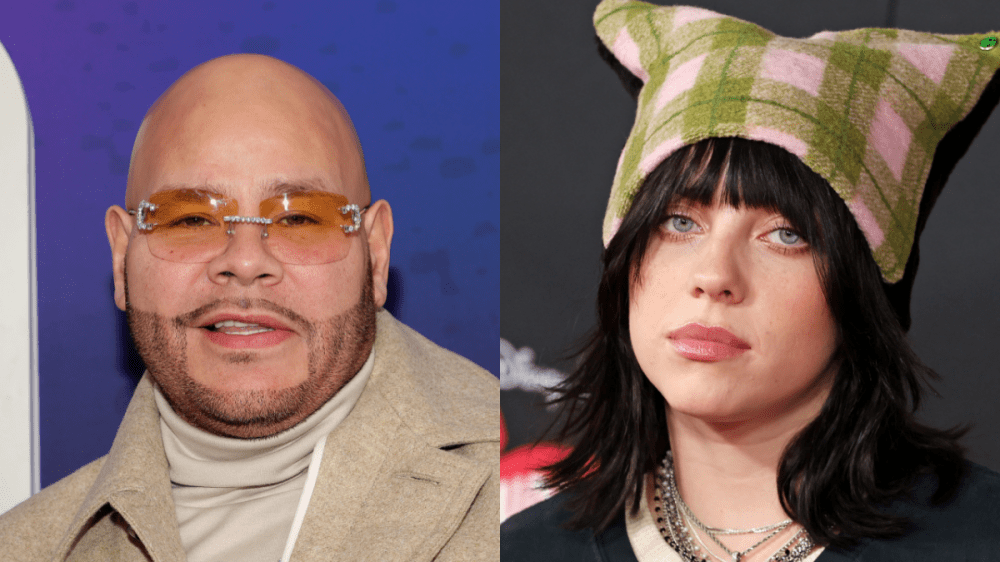 Billie Eilish may have drawn the ire of Kanye West last month for supposedly shading his good friend Travis Scott during a concert earlier this year, but at least she can count Fat Joe as a fan.

Over the weekend, the Terror Squad rapper took to his Instagram Stories to salute the 20-year-old pop star for an outfit choice reminiscent of the baggy threads he and his rap peers used to wear in the 2000s.

However, there was just one small hitch: Fat Joe absolutely butchered Billie Eilish’s name. “Billie eye lash on her fat joe,” he wrote in the caption.

Despite taking all the credit, Billie Eilish’s outrageous outfit was actually inspired by another rapper who rose to popularity in the pre-skinny jeans era.

The “Bad Guy” singer originally posted the photo on social media back in 2018 with the caption, “man why tf are tierra whack and sza hanging out with soulja boy?”

Eilish’s outfit officially became a meme after one Photoshop-savvy user made it appear even more oversized.

Fat Joe saw his own wardrobe become fuel for internet comedians earlier this year when he posted a photo of himself wearing a snowstorm-ready outfit comprised of a pink hoodie and tan-colored military jacket, a pair of blue jeans and Kanye West’s adidas Yeezy Insulated Boots.

“U went to far lol,” N.O.R.E commented on Joey Crack’s Instagram post, while DJ Khaled joked, “Wow u really live a life naw but for real !” Even the NBA’s Memphis Grizzlies added to the meme misery after they beat Joe’s hometown New York Knicks in February.

However, Fat Joe saw the funny side of the situation as he posted several Star Wars and Mad Max-referencing memes on his Instagram page.