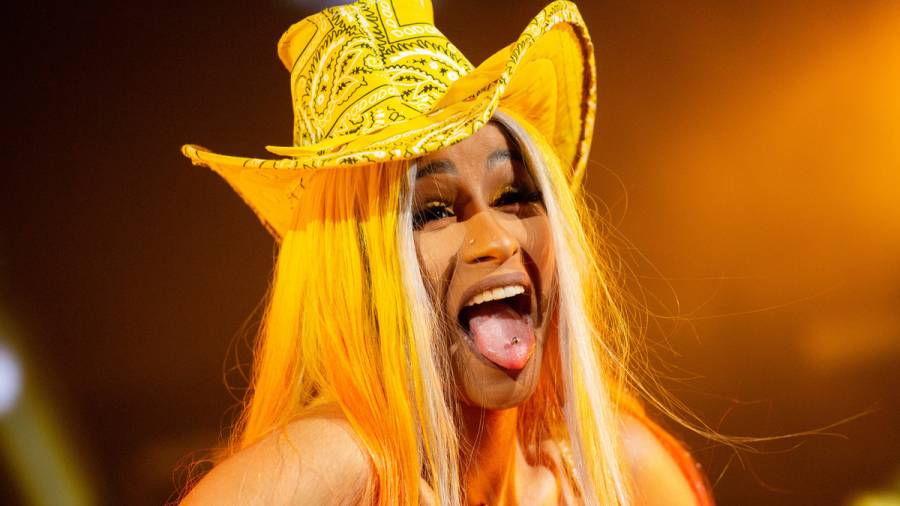 Cardi B and Nicki Minaj have had their fair share of disagreements over the years, but fans think they might have a collaboration on the way. Rumors started circulating after a snippet of a song called “Lavish” reportedly leaked online. Fans say the apparent Cardi and Minaj track is produced by Mike WiLL Made-It and had a lyrics page on Genius before being taken down.

While interacting with fans on Friday (October 9), Cardi took to Twitter to tease an upcoming collaboration that she said will make some people annoyed.

“Since ya mad ..imma give ya something mad to be about,” she said. “This next single and coll- ….Gonna have ya sick ….since ya here.”

Naturally, people came to the conclusion she was talking about dropping something with Minaj.

Since ya mad ..imma give ya something mad to be about …..This next single and coll- ….Gonna have ya sick ….since ya here 😉😉😉😉

Followers responded to news of a potential collaboration by sharing memes and simply letting their excitement known.

One fan wrote, “CARDI AND NICKI ARE MAKING A SONG TOGETHER I-.”

“The streets are saying there’s a nicki x cardi collab coming?” another said.

A user acknowledged the lyrics page, saying, “The Genius site just registered a collaboration between Cardi B and Nicki Minaj called ‘LAVISH’.”

CARDI AND NICKI ARE MAKING A SONG TOGETHER I-

The Genius site just registered a collaboration between Cardi B and Nicki Minaj called "LAVISH"#CardiBFtNickiIscoming pic.twitter.com/8brHyBiAQr

In an interview with Beats 1 host Ebro Darden in August 2018, Minaj was asked about her feud with Cardi and claimed she didn’t know there was a problem.

“I didn’t know Cardi and I had an issue, but I guess we do,” she said. “It’s interesting. And other people are saying it. To me, she may have taken an issue with things that I’ve said. But I’m not going to bite my tongue. I mean, this is [rap]. You gotta have thick skin. People talk shit.”

The following month, the pair got into an altercation during New York Fashion Week. The incident involved Cardi throwing a shoe at the Young Money rapper before security escorted her out of the Plaza. According to TMZ, sources told them Cardi was defending her daughter Kulture’s honor after hearing Minaj had been talking trash about her family.

Cardi and Minaj were both featured on Migos’ “MotorSport” from Culture II in 2017, but didn’t film their parts of the video together.

Megan Thee Stallion recently brought up female rivalry in Hip Hop in an op-ed for The New York Times. In the passage, she mentioned Minaj and Cardi and how people try to create a rivalry between them.

“In every industry, women are pitted against one another, but especially in hip-hop, where it seems as if the male-dominated ecosystem can handle only one female rapper at a time,” she wrote. “Countless times, people have tried to pit me against Nicki Minaj and Cardi B, two incredible entertainers and strong women. I’m not “the new” anyone; we are all unique in our own ways.”