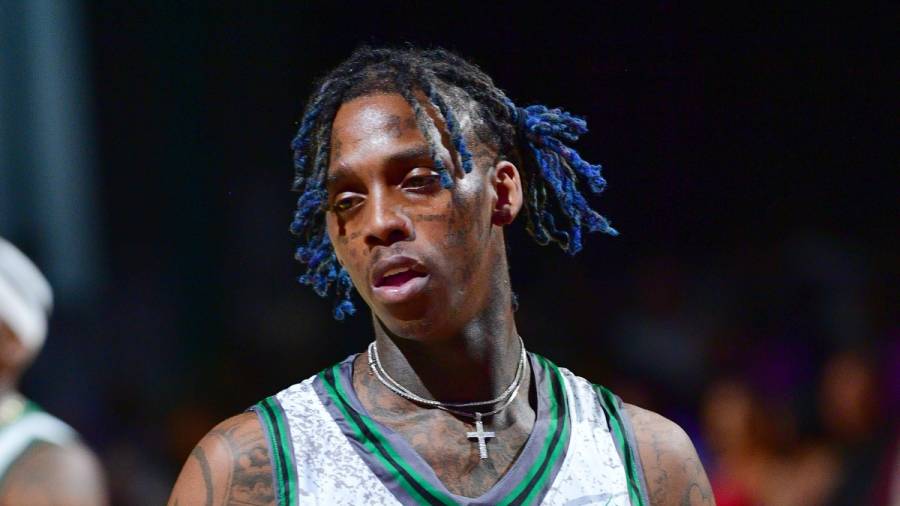 Famous Dex became a trending Twitter topic on Sunday (December 20) after a disturbing photo of the Chicago-bred rapper sparked concern among his fanbase.

The photo in question finds Dex holding a blunt roach in his hand, looking gaunt and heavily under the influence. Subsequently, his fans are worried a fatal drug overdose is imminent.

Bruh these rappers need to chill on the drugs got damn , I damn near gave famous dex some change , and I bet his homies ain’t saying shit pic.twitter.com/Js0QlYBzHT

Dex has drawn the concern of his fans before. In December 2018, he nodded off during one of his Instagram Live sessions, leading many to assume he was using heavy drugs. While TMZ later reported his team was on high alert due to his alleged opiate addiction, Dex insisted that wasn’t the reason he fell asleep mid-stream.

“I always know,” he said at the time. “Only you know — not my manager, not anybody. You know you. With that being said, I ain’t got nothing to explain. The video that’s right now going viral, that’s kind of so stupid? For one, I’m a human being and I work my ass off. And once you put overtime, overnight and then you come back home at 4 something in the morning and you decide to go live — hey. Don’t let the world trick you and be fooled.”

But the report claimed Dex needed constant supervision to make sure he’s coherent enough to function and someone to occasionally sleep in his bed to ensure he’s breathing throughout the night.

In November 2019, Dex fanned the flames when he suffered a seizure mid-performance at 1OAK in West Hollywood, California. A clip of the incident showed Dex surrounded by a crowd of people while he seized on stage. The L.A. Country Fire Department received a call about someone who’d had a seizure at 1 OAK a little before 2 a.m. local time. They arrived on the scene minutes later, but Dex never ended up at the hospital.

One of Dex’s reps issued a statement, claiming he’d endured an epileptic seizure and was on the road to recovery. However, it’s important to note drug or alcohol withdrawal can also lead to seizures, according to the American Addiction Centers.

“We wish Famous Dex a speedy recovery after his epileptic seizure last night,” the statement read. “He is currently in good spirits and hopes to return back to finishing his new album. He thanks all his fans for their prayers and well wishes.”

Whatever the case, Dex has an army of fans concerned about his well being. Check out some of the reactions below.

I remember meeting famous Dex in the airport and he wasn't all there. Sad what the drugs do. Hence there fore why i quit over 16 years ago. At some point, rap made a shift from selling drugs to doing them. Would be nice to see both go.

Praying famous dex can get clean off these drugs bro I don’t wanna see this man trend for his death pic.twitter.com/GMMtqPeyP2

I don’t know the circumstances, but Famous Dex looks like he’s been using heavy drugs. Dude looks sick, someone help him. pic.twitter.com/5acxT8y4Ne

Record labels + staff that sit and watch you take extreme drugs should be somehow held responsible. You're an accessory to a potential overdose. Then everyone is going to be crying at the funeral.

Bro this shit is sad. Famous dex looks like hes on some hard drugs. It's not looking good. I was in his live stream the other day and he was slurring every word. Hes probably on pills or heroin or worse. Hope you get better man @FamousDex #HelpFamousDex https://t.co/GjFODANvj0

Prayin for my mans Famous Dex, them drugs is no joke, wish people would stop fuckin wit them🙏🏼

Them drugs beating the shit outta Famous Dex. That nigga need new friends cause I would’ve been had him in rehab.

bro seeing famous dex like this really breaks my heart. he's crying out for help & it seems like nobody's listening. I’m praying someone helps him get into rehab before it’s too late. 🙏🏾 this is soo sad 🥺🥺 drugs are beating him @FamousDex has such great talent 💚 pic.twitter.com/wbOTciee8q