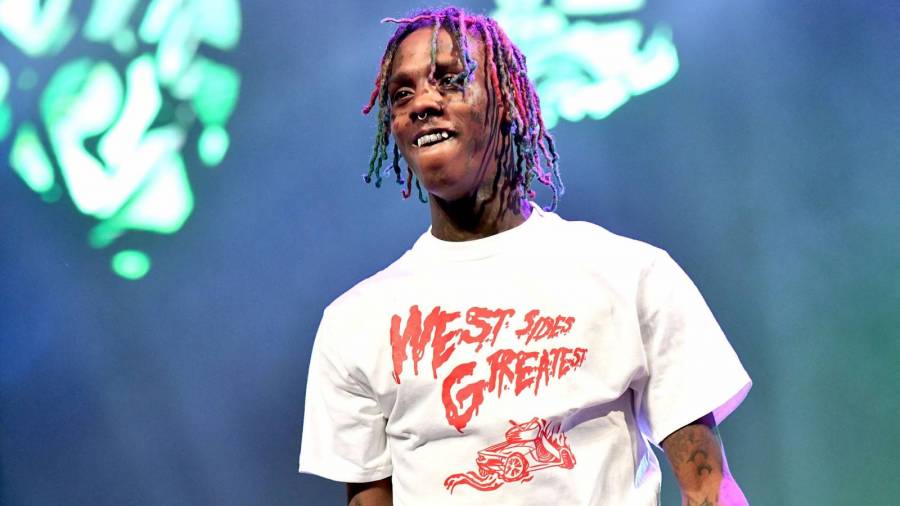 Famous Dex raised concern among his fanbase when a photo of himself looking heavily under the influence hit the internet. Now, the Chicago rapper is addressing the allegations.

On Sunday (December 20), an Instagram Live video of Dex denying he’s on drugs started making the rounds. In the clip, he’s holding a blunt roach and slurring his words. At one point, he’s unable to properly articulate what he’s trying to say.

“Hey fam, I really don’t need you to be saying shit like this, bro,” he says. “Let me tell you something, I want to address this to everybody that’s listening to me. Stop worrying the next muthafucka that’s doing drugs [inaudible]. The world on drugs, you know what I’m sayin’? I used to love doing whatever.

Famous Dex addresses the drug rumors… By saying he doesn't do drugs 😹 he also said stop worrying about him and if you're worried about him you're just a 'goofy ass bitch' pic.twitter.com/f5tdSms7hw

As Famous Dex continued to trend on Twitter, he revealed he’d spoken to NLE Choppa, although the 27-year-old Dex Meets Dexter artist didn’t divulge any details about their conversation.

This isn’t the first time NLE has reached out to Dex or expressed his concerns. Last month, the 18-year-old rapper fired off a tweet in support of Dex, urging 300 Entertainment to help their artist.

“I’ve never been the type to be in folks business but @300 y’all see @FamousDex obviously on drugs too heavy,” NLE wrote about his fellow Warner Music Group artist. “Can y’all at least try surrounding that man around somebody with his best interest. Help dude out, or somebody who already is in his ear uplift dude he NEEDING it.”

Despite Dex’s comments, he’s currently retweeting some of his fans’ messages of support, including “@FamousDex. I see many fans concerned about your health online man. Noticed you follow me so thought if i tweeted you would see it. You are loved big time & people do not want to lose you. Stay healthy , stay strong.”

@FamousDex I see many fans concerned about your health online man.

Noticed you follow me so thought if i tweeted you would see it.

You are loved big time & people do not want to lose you. Stay healthy , stay strong.