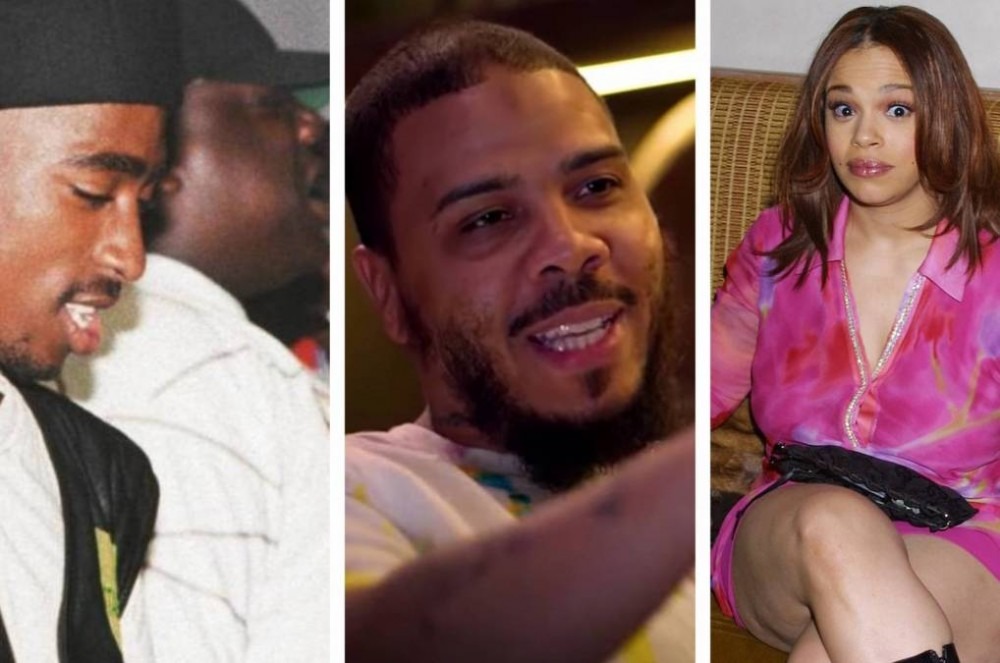 Former Outlawz member Napoleon had plenty of tales to tell when he sat down for a recent interview with The Art of Dialogue. While discussing Bay Area culture and then rap cohorts such as Coolio, E-40 and MC Hammer, the topic turned to Tupac Shakur who moved to the Bay in 1988.

‘”Pac was the hottest thing back then,” Napoleon said matter-of-factly. “He built a lot of good relationship where people that wasn’t even involved in the music industry had a lot of respect for ‘Pac and would go up there and visit him.”

As Napoleon noted, Faith Evans was married to The Notorious B.I.G. at the time of the alleged encounter. Rumors of an affair between 2Pac and Evans had already been floating around prior to Biggie’s 1997 murder. ‘Pac even said it himself on the seething 1996 Biggie diss track “Hit Em Up” in which he raps, “You claim to be a player/But I fucked your wife.”

But in Evans’ 2009 book Keep The Faith, she deaded all speculation on the alleged tryst.

In a 2014 interview with VladTV, Faith Evans further expounded on the topic and admitted 2Pac did ask her for sex when she went to the studio to record his 1996 All Eyez On Me single “Wonda Why They Call U Bitch.” At the time, she claimed she didn’t know 2Pac was signed to Death Row, the label at the center of the Bad Boy Entertainment beef.

“I went to the studio, I realized there were a bunch of Death Row people there, so kind of in my mind I started figuring it out right there,” she said. “I didn’t think that was a good look just because of the fact of the Suge and Puff situation [at the 1995 Source Awards].

“Even though I didn’t really know a lot of the details about what happened, but it was clear he took a jab at Puff at the Source Awards and stuff like that. But I was pretty oblivious to the things that had gone on prior to that, until probably a few years later.”

Evans then went to 2Pac’s hotel to collect the $25,000 she was getting paid for the collaboration and that’s where she said the proposition took place.

“[He asked] in a very surprising and offensive way for sure,” she explained. “By that time it was pretty clear to me, it seemed to me that that was kind of like a plan. I kind of allowed myself to be played and allow myself to get into this situation, because this is totally not how I operate, that ain’t how I do business and that was never up for discussion as far as that being an exchange. That’s not what it was about.”