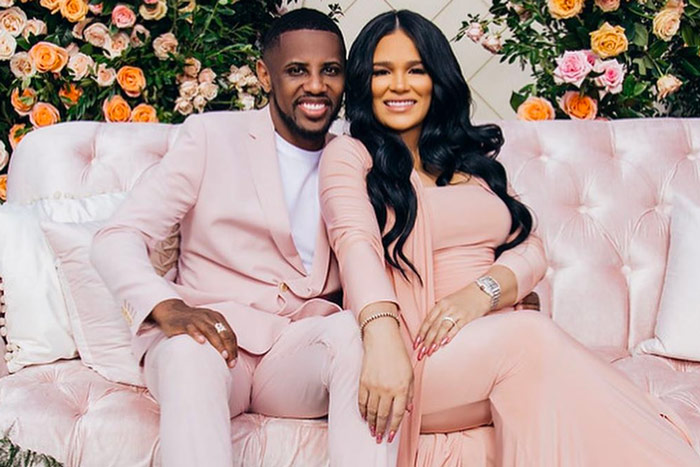 Fabolous is a girl dad.

The rapper and his longtime girlfriend Emily Bustamante welcomed their third child, a baby girl, on Saturday (Oct. 10). Emily posted an Instagram Story of her hospital ID bracelet with the baby’s “10/10” birth date. She also shared video of her oldest daughter Taina Williams greeting her baby sister.

Fabolous has yet to acknowledge his daughter’s birth. He and Emily B share two sons, Johan, 12, and Jonas, 5. Emily also has a 22-year-old daughter, Taina, from a previous relationship.

On Father’s Day, Fabolous revealed that Emily was pregnant with a baby girl, sharing a photo of the ultrasound. “Got the best gift ever for Father’s Day!” he wrote along with the hashtag #GirlDad.

Congratulations to Fabolous & Emily B on welcoming their baby girl!! pic.twitter.com/W1QYVCPRS7

The couple has remained together despite their tumultuous past. In March 2018, Fabolous was arrested following a physical altercation with Emily B that was captured on camera. After being indicted for domestic violence, he struck a plea deal and avoided jail time.

During an interview with “Ebro in the Morning” last year, Fabolous revealed how the incident affected their relationship. “It could of been a lot of things that was building up in our relationship within our family and I just dealt with those things,” he said. “It was just about us getting back to the place that we needed to get to.”