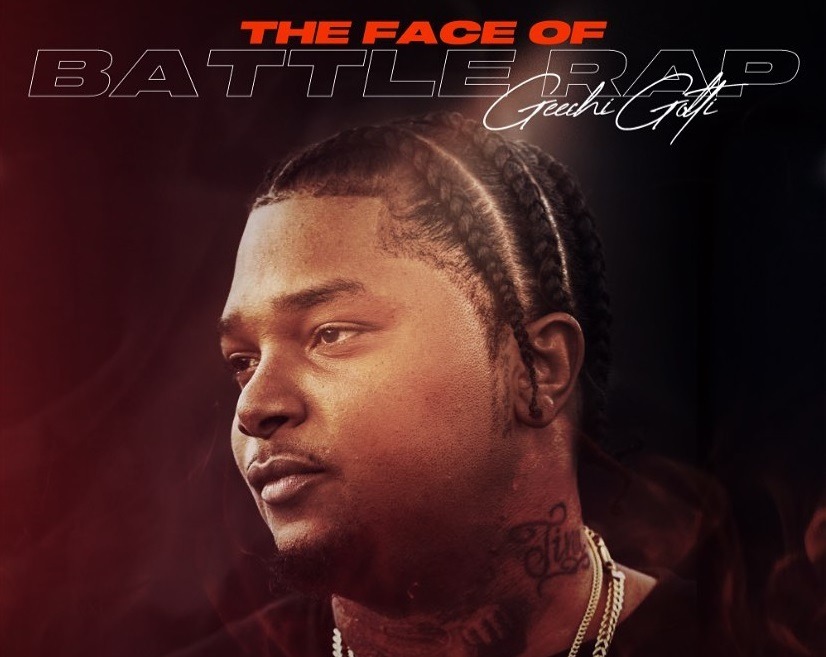 This Saturday, Drake will take over Los Angeles alongside Ultimate Rap League for the “Drake’s Til Death Do Us Part” rap battle event. The event is the biggest card in rap battle history.

The battle is headlined by Geechi Gotti taking on Loaded Lux in a match-up of generational talents. The event will be live-streamed to fans on the Caffeine TV live streaming platform. The mega-event will be hosted by Drake to celebrate his birthday and URL’s 12th Anniversary on Saturday, October 30, 2021.

For Gotti, this moment is special for a variety of reasons. Aside from taking the stage as the hometown hero, he is standing tall as the poster child of battle rap.

Ahead of standing across from Loaded Lux before one of the most anticipated battles of all-time, Geechi Gotti spoke with The Source about preparing for the battle, Drake’s inclusion in the art form, and more.

What does it mean for you to have battle rap amplified with someone in the star power of Drake?

That’s big, you know, that’s huge. The magnitude where he at, the biggest artists in the world. So for him to come down to what we do and lend a helping hand as far as to get more eyes on it and get more people involved with it, that’s amazing. So I think all the artists involved in battle rap period are kind of excited just to have him around.

You mention the eyes that are on you. Going into this event you are the guy. No. 1. The face of the brand. How does that feel?

It really is the main reason we get into this. To be the main guy and on top of the food chain. For me at this stage of my career to be on top and have Drake being part, it means a lot. You don’t get no bigger than that. So it’s definitely time for me to go out this weekend and put on a great show for everybody in attendance or that’s going to be watching from their home.

You are heading into this against Loaded Lux, which for many people is a dream battle. What type of preparation does it take for you?

I don’t change up too much. Kind of more like, if it ain’t broke, don’t fix it. This kind of what got us to this point is the stuff that we’ve been doing. So I kind of want to, you know, stay true to that. I had a battle about a month ago, you know what I’m saying? So, um, but I’m used to the short prep and prepping back to back. So the only difference I would say preparation-wise for me was just zoning in a lot earlier than I usually do. I’m like a procrastinator sometimes. As far as the pioneering stature that he got, as long as he been doing this, he really takes his battles real particular. But our battle, me being the forefront man right now in the company and in battle rap period, it was kind of inevitable though.

You have a Jordan vs. LeBron meme online. Painting yourself as LeBron, in that comparison, some people already feel that Bron already passed Mike. He will admit that I’m sure you will too.

It’s battle rap. You gotta have that confidence. This is basically fighting with words. So it’s just like going into a boxing match. Like you gotta know, you gotta knock it out. We know we got three rounds and after that third, I gotta be the one that they cheer for. I gotta be the one that they leave this building saying, whoa. So you go in with that confidence that what you wrote down is enough to win this battle. No matter what your opponents say, I mean, I can’t stop what he do. That’s this one sport where I can’t stop him. He always going to have a chance, no matter what, unless he get up there and just decides to not say nothing, which ain’t going to happen.

You know, I’m glad you mentioned boxing. Terrence Crawford picks his fights in Texas, fighters will pick a home fight overseas. You’re going to get the home arena. At home, it’s reasonable to believe that you will have people on your side. Does that help you? Or do you even think that could be like an Achilles heel?

It’s a double-edged sword with that. I got a lot of love, so I won’t even disguise that fact, cause a lot of people will root for me in that building. My growth from the beginning of my career to now will be there and we don’t get these types of big events on the West Coast.

It’s a double-edged sword because they could be cheering for me. And on the outside looking in, it could look that like all the gas. But with Lux not being from here, it’s like, I never get to see you. We’ve only seen you on YouTube. He got fans all over the world. It’s those who out here in Cali, he might be they favorite battle rapper. So it may be some on his side and that’s ok.

Does this one feel different because it is in your home area? I’ve seen you on Billboards here.

Shoutout to Caffeine and Drake for amplifying this. I’ve been on some billboards before dealing with these battles, man, which was major, but he never was in my home state. I think I was one in Atlanta and some in New York before, but just the fact that I can literally drive and my family can see it is crazy. I don’t want to take that moment for granted. There’s somebody walking downtown LA passing by that right now and looking like, man, got it.

Once the event is wrapped up, what do you want new or existing fans to take away from this?

Take away that this sport takes a lot of time and preparation. It’s not easy. This is like some of the most difficult stuff to do, man. As far as rapping ability these are some of the best MCs in the world. Take in this craft because it is phenomenal.

For people that will get to know you a bit more this weekend, what would you want them to look out for in the future?

I got a lot going on. I got clothing on GeechiGotti.com. Shirts, hoodies, shorts, stuff for the ladies, all type of stuff, man. Of course, the music. If you any digital platform type in Geechi Gotti, I got plenty albums out. I got an album I’m working on right now. I’m working on this music heavy with hopes to drop at the end of the year. I’ll also be dropping that a podcast that goes weekly on caffeine.