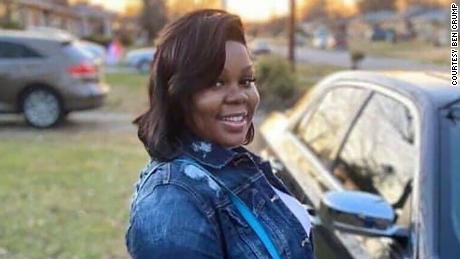 Kelly Goodlett, a former Louisville Detective is expected to plead guilty today to lying on a search warrant for Breonna Taylor’s apartment raid.

Goodlett’s lawyer has said that she will plead guilty to a single count of conspiring to violate Breonna Taylor’s civil rights for helping falsify an affidavit for the search warrant.

The federal court’s charging doc says Goodlett falsely claimed a postal inspector had verified that Taylor was receiving packages at her apartment for her ex-boyfriend, who was a convicted drug dealer.

The 26-year-old emergency room tech was shot to death when police officers carried out a no-knock raid on her apartment in March of 2020.

Until this month, former detective Brett Hankison, who was one of three officers who shot at Taylor and her boyfriend while sleeping, was the only person to face charges in connection with the fatal raid.