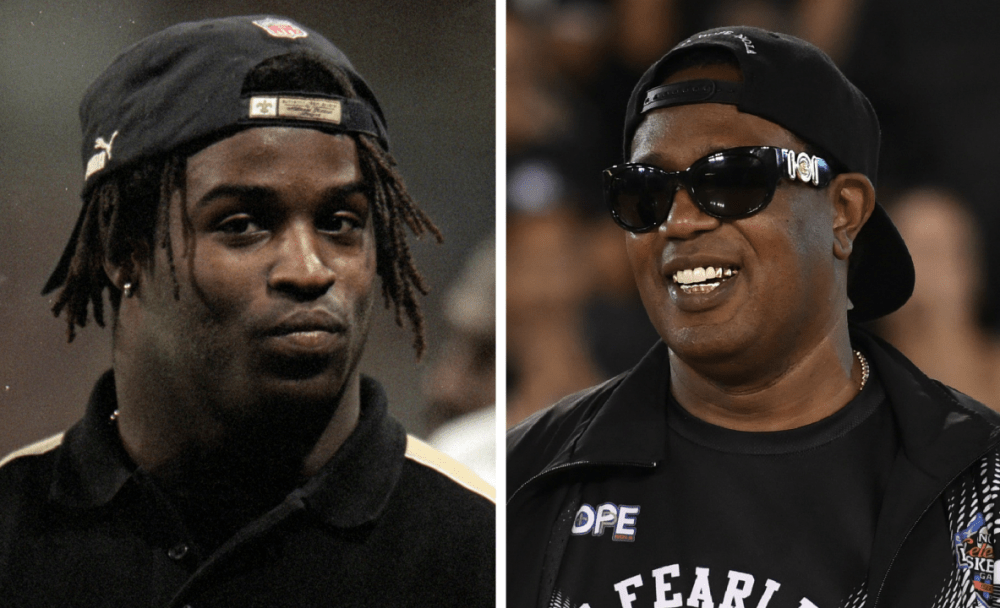 Ricky Williams was drafted by the New Orleans Saints over 20 years ago, but he’s still being asked about his landmark rookie deal. Following his Heisman-winning campaign at the University of Texas, the nation’s leading rusher signed with Master P’s No Limit Sports agency, which paved the way as the first deal of its kind.

“We shared a special moment in history and people will keep talking about this,” Williams explained. “Since then, other people in the music industry have tried to get into sports, we paved the way. Feeling that family vibe and wearing the No Limit tank and doing something different, that’s something nobody could take away from me.”

Ricky Williams was drafted fifth overall by the New Orleans Saints in 1999 after the franchise traded a haul of picks to move up and select the stud running back. The California native implored his No Limit Sports agent Leland Hardy to sign a heavily incentive-based deal to “earn his money.” Williams would sign for the max signing bonus of $8.8 million but left the rest of his salary to incentive marks.

Following an injury-riddled 1999 season, Williams only hit one incentive, which meant he made the league minimum of $125,000. The rookie deal was heavily criticized and looked at as an epic failure. He soon fired No Limit Sports and his time in New Orleans came to an end when he was traded to the Miami Dolphins in 2002, where he would enjoy the best years of his career.

If Ricky Williams ever saw Master P again, he says there wouldn’t be any hard feelings on his end.

“If I was out somewhere and I saw P, we’d give each other dap and a big hug,” he predicts. “We shared a special moment in history and people will keep talking about this.”

Taking a page out of Master P’s playbook, Lil Wayne started his Young Money Sports agency in 2016. He has an array of clients across the NFL and NBA. JAY-Z’s Roc Nation Sports branch also followed suit and is a staple agency in the athletics world.

Watch both interview parts above.