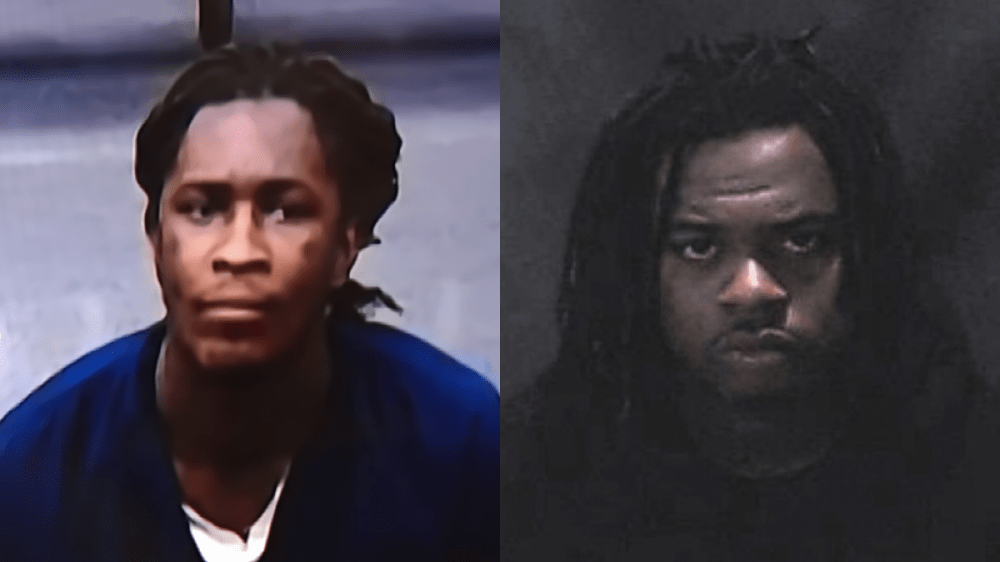 Since then, updates have been coming at a dizzying rate. From the police raid on Young Thug’s house in the Buckhead area of Atlanta to Gunna’s apprehension, the particulars of the case continue to mount. Most recently, both Young Thug and Gunna were denied bond and will likely remain at Fulton County Jail until the trial. HipHopDX has put together a brief timeline of events to paint a broader picture of what exactly has transpired over the last three days.

The whole ordeal began on Monday (May 9) when WSB-TV Atlanta reporter Michael Seiden announced Young Thug had been taken into custody by the Fulton County Sheriff’s Office on RICO charges. The news outlet obtained footage of Thugger being arrested outside of his Buckhead home as police raided the residence.

Young Thug’s attorney, Brian Steel, emphatically defended his client, saying, “I’ll tell you the response to any allegation; Mr. Williams committed no crime whatsoever, and we will fight to my last drop of blood to clear him.”

The indictment included several serious allegations against Young Thug. Prosecutors believe he rented a 2014 Infiniti Q50 sedan from Hertz rental car company, which was later used in the commission of the murder of Donovan Thomas, Jr., a rival gang member. They also allege associates of YSL, Christian Eppinger and Antonio Sumlin, got permission from Young Thug to murder YFN Lucci while locked up at Fulton County. In March, Lucci claimed he was stabbed by a fellow inmate with a homemade shank as he was on the phone and said there was a bounty on his head. Prosecutors allege this was an attempt on Lucci’s life.

“I think my son has been unfairly linked to a lot of things,” Williams said. “But it’s up to us to prove it.” Like Thug’s attorney Brian Steel, he vows to advocate for his son no matter what, adding, “I’m gonna fight for him to the end. I’m his father. That’s what I do.”

Misinformation regarding the case quickly started flying around online, with some people jokingly suggesting random artists such as Jack Harlow and Queen Naija should be indicted alongside Thug and Gunna. The joke made it to a press conference with Fulton County District Attorney Fani Harris who was asked by a clueless reporter, “The indictment has Young Thug and a bunch of other rappers. There was one name I was actually expecting to see here that I didn’t, that’s Jack Harlow. Can you speak to that?”

Harris replied, “What I’ll tell you is that as large as this indictment is, I told my team let’s not be sexy, and let’s not overreach. Let’s be conservative in our approach.”

As Young Thug sat behind bars, Gunna still hadn’t been apprehended. That changed Wednesday morning when he turned himself in to the Fulton County authorities.  The 28-year-old rapper faces one count of conspiracy to violate the RICO Act. According to the Fulton County inmate records, the alleged offense was committed in 2013. Prosecutors tied Gunna to the case after he was seen wearing YSL chains and sharing photos and videos on social media that allegedly promoted the “criminal” collective. In RICO cases, individuals can be punished for crimes carried out by the larger criminal organization.

“There are definitely many people that are looking at life under this indictment,” Fulton County DA Fani Willis said during a press conference on Tuesday. “These are serious times, they are serious allegations and it is my opinion that violence in our community deserves maximum penalties.”

BREAKING: Rapper Gunna (Sergio Kitchens) has surrendered to authorities in Fulton County. He is charged with Conspiracy to Violate the Racketeer Influenced and Corrupt Organizations Act (RICO). @wsbtv pic.twitter.com/xYAQZKABF2

WSB-TV also released the 88-page indictment, which mentions the 2015 shooting of Lil Wayne’s tour bus. Prosecutors pointed out the man who shot at the bus, Jimmy Winfrey (also known as Peewee Roscoe), has ties to Young Slime Life (YSL). Winfrey is also part of the indictment, charged with aggravated assault with a deadly weapon. At the time of the tour bus shooting, both Young Thug and Birdman were listed as co-conspirators, although they were never charged.

Young Thug soon appeared in front of Judge Robert Wolf via video from Fulton County Jail for a bond hearing to address the laundry list of felonies. After hearing arguments from prosecutors and Brian Steel, Wolf declined Thug’s bond request after declaring him a flight risk and agreeing with concerns about him committing further felonies.

Steel had argued his client didn’t pose a flight risk and was “fully cooperative during his arrest,” even while being handcuffed in front of his 14-year-old son. He noted Thug was willing to surrender his passport and wear an ankle monitor.

But Assistant District Attorney Damian Smith countered Thugger posed “a clear risk of hindering the administration of justice given that we have not apprehended everyone on the larger indictment,” while pointing to the “large quantity of drugs and several firearms” seized at his home.

Gunna was denied bond on Wednesday as well. But Gunna’s legal team — comprised of attorneys Donald F. Samuel, John A. Garland and Kristen W. Novay — told TMZ, “Mr. Sergio Kitchens, known as Gunna, is innocent. The indictment falsely portrays his music as part of a criminal conspiracy. Mr. Kitchens has been an advocate for his community, and it is our privilege to advocate for him.”

D.A. Willis said in a press conference at least 10 of the 28 defendants have been arrested and some of them are facing life in prison if convicted. Willis was asked about her decision to use Young Thug and Gunna’s often violent lyrics against them in court. While she recognized the First Amendment is “one of our most precious rights,” she noted free speech doesn’t protect someone from having their own words become evidence in a criminal proceeding. Young Thug and Gunna are expected back in court on May 20. Read the full indictment below.

A lot of people have reached out, requesting a copy of the 88-page indictment against Young Thug and 27 other associates. Here’s a copy of it.@wsbtv https://t.co/6kDTRXuFe3