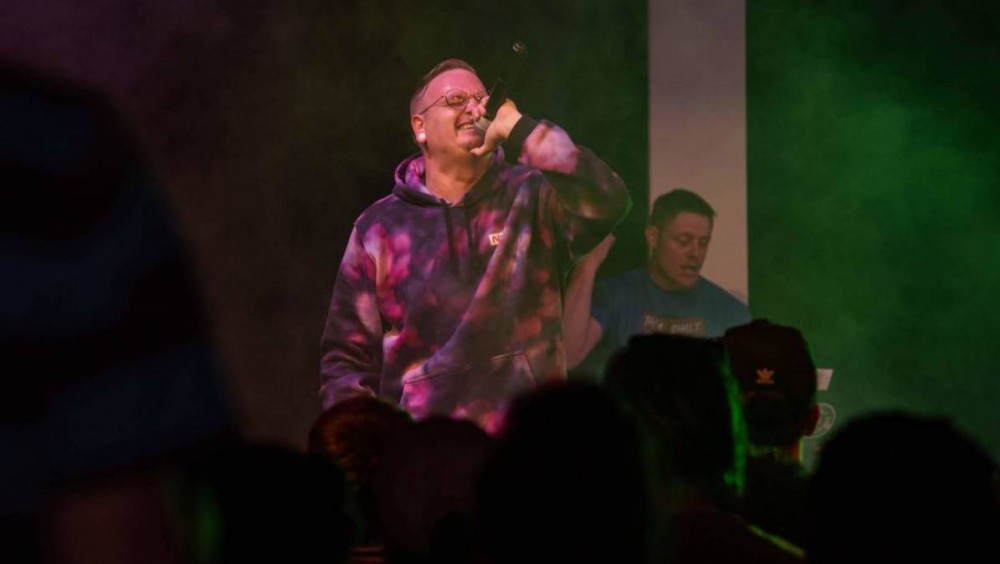 Enter Kurtis Hoppie, who grew up in Las Vegas but relocated to The Gem State (yes, I had to Google that) where he found his craft, appreciation for music and most importantly for his trajectory, his faith in God.

Formerly known as Triple Thr33, the tenured artist is feeling even more renewed these days. On Friday (June 4), he released Problem Child, his debut project with Derek Minor and Doc Watson’s RMG Amplify – Reflection Music Group, which made the partnership with his label One Vision Army (a Boise-based, tenured Christian Hip Hop label) something like a divine   intervention.

“I make music from the heart, my heart is filled with myself and a major influence of who I am is God,” Kurtis Hoppie tells HipHopDX in between fielding positive reactions from Problem Child‘s release.

“What it is, is up to the listener. Some would debate whether I’m a rapper at all anymore!”

Kurtis Hoppie’s music comes off as a hybrid between The Fray and Post Malone (one of his named influences), while still maintaining a bit of lyrical consistency and Hip Hop lifeblood in the music. The rhyme-laden “Vegan Burgers” cooks up organic love hymns while showcasing his melodic singing abilities as the chorus unfolds.

Ditto for the single “The Fall,” which narrates the fearlessness needed to navigate through life, across a downtempo, melancholic beat that can live in both rap and pop spaces effortlessly.

The accompanying music video depicts that exact fearlessness Hoppie wants to convey to his fans and followers, as he explains to DX his definition of plummeting his art outlines.

“Falling is running back to the things that you know you have overcome and should stay away from because of the effect it may have on your life and state of mind,” he elaborates, honing in on the record’s true meaning.

“The reason I am not afraid of the fall is because I know no matter how many times I fall God will always be there to pick me up and love me right back to where I am supposed to be.”

Aside from Post Malone, Kurtis Hoppie credits his own label head Derek Minor, The Kid LAROI, as well as Logic’s artist Jon Bellion, Andy Mineo, Jon Keith and nobigdyl as the musicians who keep him active and competitive. He adopts the moniker of “problem child” while still injecting positivity and focus into his listener’s ears.

“I like to listen to music that moves me; I don’t listen to many artists that are super vulgar,” he continues, speaking of his raw yet clean lyrics. “I try to keep my mind on things above, and music really has an effect on my mind and the way my day goes.”

Get familiar with Kurtis Hoppie via his Instagram account as he preps the release of his video for “Eye Of The Storm.”

The Problem Child EP can be streamed below.