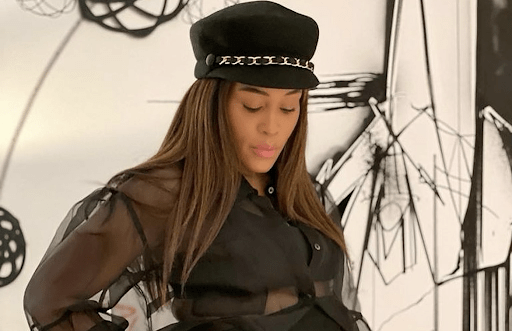 Congratulations to Eve and her husband, Maximillion Cooper, who have welcomed their baby boy to the world. The iconic emcee announced to her social media that she had delivered a healthy baby boy on February 1st named Wilde Wolf Fife Alexander Somers Cooper.

Fans and social media users were happy to share the excitement with the 43-year-old rapper. This would be Eve’s first child and Cooper’s fourth. In an interview with People Magazine, Eve shared her experience as a stepmom to Cooper’s children with his ex-wife, ages 19, 17, 15, and 13.

“It’s been now 10 and a half years I’ve been in their lives and they’ve been in my life. They’ve grounded me.” She stated before admitting it wasn’t an easy adjustment. “I will say it took years, though, I’m not gonna lie. It did take two or three years to adjust, just our relationship with the kids. But I have to say I’m very lucky. I feel very, very lucky that I had my insta-kids — I call them my bonus children!”

Cooper posted the picture of their newborn to his social media with the caption, “Let the wild rumpus begin!”

Congratulations to Eve and her husband, Maximillion Cooper, on their new bundle of joy!