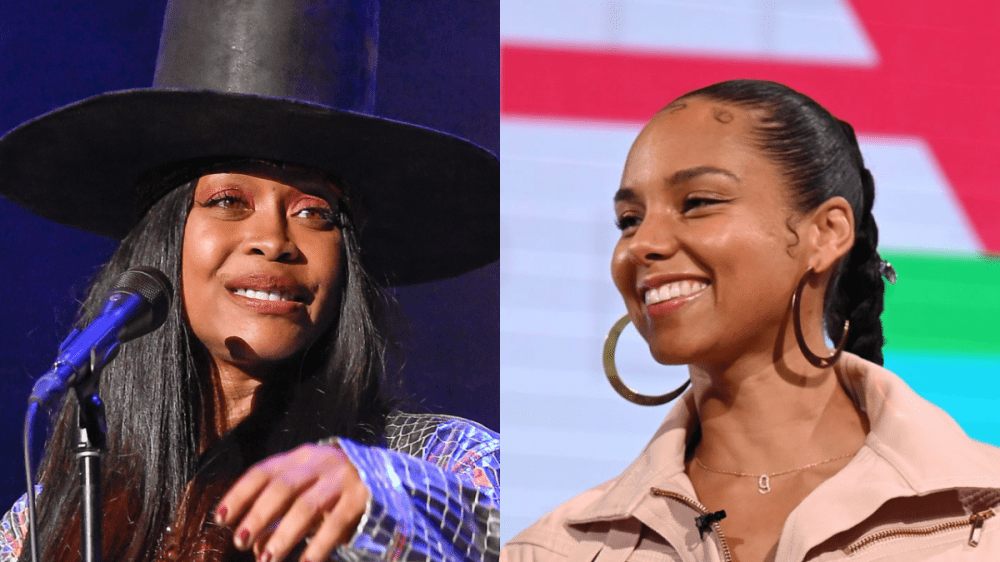 Erykah Badu is a four-time Grammy Award winner credited with helping birth the “neo-soul” movement of the late 1990s and early 2000s with albums such as Baduizm and Mama’s Gun. But she isn’t the only singer in the family.

Badu’s 17-year-old daughter Puma Sabti Curry — whose father is the veteran West Coast rapper and Dr. Dre and N.W.A collaborator The D.O.C. — also possesses an impressive set of pipes, and she put them on display in a recent TikTok video in which she covered Alicia Keys‘ 2004 hit “If I Ain’t Got You.”

Puma’s emphatic rendition even caught the attention of Keys’ herself, who recently reposted the clip to her own TikTok page paired with a video of her impressed reaction.

This isn’t the first time Erykah Badu’s eldest daughter has wowed audiences with her singing voice. Back in February 2020, Puma appeared on Good Morning Texas alongside her mom to perform a rendition of Badu’s classic Mama’s Gun song “Time’s a Wastin” mixed with Moonchild’s “All The Joy.”

Puma is one of three children Erykah Badu shares with famous rappers. She gave birth to her son Seven Sirius Benjamin — whose father is André 3000 — in 1997, while she and Jay Electronica welcomed their daughter Mars Merkaba Thedford in 2009.

The “On & On” chanteuse is currently engaged to 27-year-old JaRon, a music producer, audio engineer, artist and songwriter who is 23 years her junior.

Erykah Badu isn’t the only R&B star with a musically-gifted child. Alicia Keys’ 11-year-old son Egypt, whom she shares with her husband Swizz Beatz, is also something of a musical prodigy having co-produced Kendrick Lamar’s “Untitled 07 | 2014 – 2016” from 2016’s untitled unmastered.

Three years later, Alicia Keys and Egypt shared the stage at the 2019 iHeart Music Awards and performed “Raise a Man” together, stealing the show in the process.