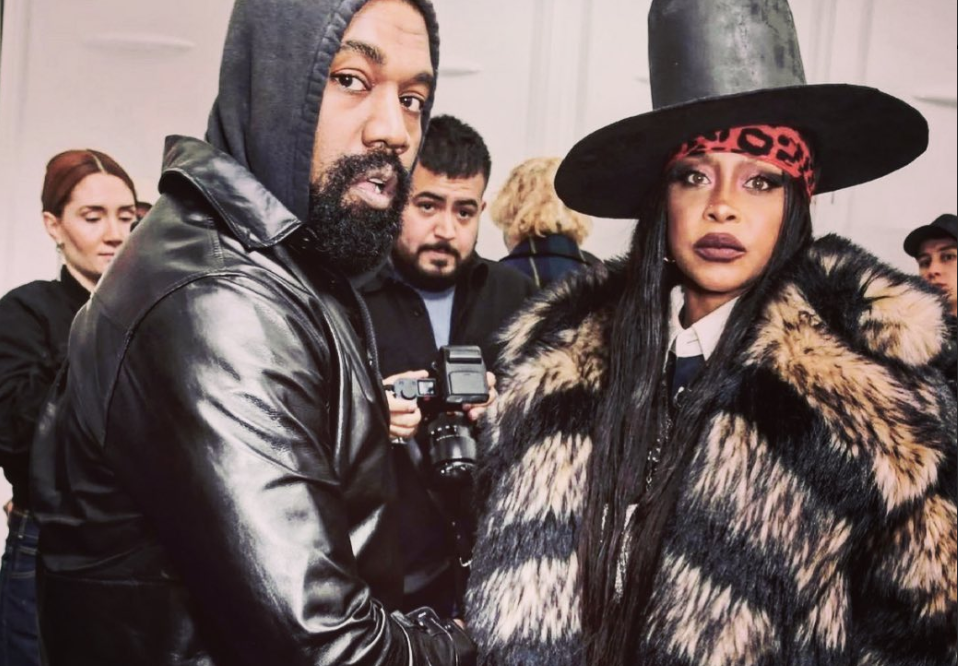 Kanye might be one of the most misunderstood celebrities. He has had countless interviews that left people scratching their heads and goes on rants on IG about the current state of his business affairs and his vision for the future. however, Erykah Badu seems to understand Kanye and his fight, and shared some words of praise on IG for the rapper, producer, and fashion designer.

“Art kids.. Badu x Ye supporting our friend @riccardotisci17 – london fashion week 22… by the way … Let me tell you about my friend Ye,” Badu began. “No one is more beautiful and kind and creative. Was there at his mama home going … IN ESSENCE.. We all want the same thing .. to be loved and to work with pride . Thanks for fighting for us and for your self most of all .. I get it … @kanyewest ❤️❤️❤️ and thanks for the secret show at Burberry after party. I was there.”

However, this is not the first time Badu has publicly voiced support for the multi-hyphenate. During this support of Trump, Badu praised Kanye for his free-thinking philosophy. “@kanyewest..see. that’s what u get for using your own brain…u know that’s illegal in most states right?” Badu wrote.

Badu’s support of Kanye comes at a time when he is planning an exit from his deals with Adidas and Gap. Just a couple weeks ago, Kanye prematurely ended his deal with Gap. While Ye still has a couple more years left on his deal with Adidas, the state of the deal remains unknown.