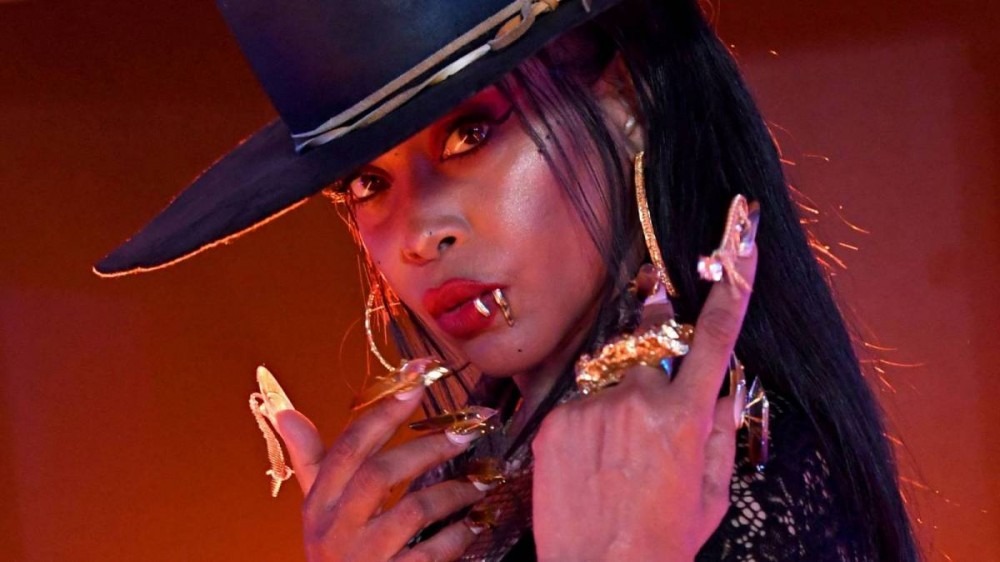 Erykah Badu describes herself as a “unicorn” on Instagram — and she’s certainly cut from a different cloth. In February 2020, the neo-soul singer announced a new perfume called Badu’s Pussy she’d formularized to smell like her vagina.

“I took lots of pairs of my panties, cut them up into little pieces and burned them,” she told 10 Magazine at the time. “Even the ash is part of it.”

Now, Rihanna is evidently the lucky recipient of her own bottle. On Saturday (September 25), Badu shared several Instagram photos of herself with Rihanna who’s holding a Badu Pussy package in front of her face.

“Thanks RiRi,” she wrote in the caption. “I had a ball at your @savagexfenty show. Always cool to spend a lil love time with a fellow visionary Pisces mind. Enjoy the scents. I like your hustle.”

Rihanna’s third Savage x Fenty fashion show dropped via Amazon on Friday (September 24) and was quickly at the center of controversy. Some people wondered why non-Black women such as Vanessa Hudgens and Emily Ratajkowski sported braids during their scenes.

“Loving everything about this show except why are white women in braids???” one person tweeted. “Rihanna?? What’s good!? I need answers.”

what is with all these non-black people and wearing braids @rihanna https://t.co/81m6olembO

Another wrote, “Rihanna really loves putting non black ppl in braids for her fenty whatever show and then call it ‘mad ethnic right now,’” while a third said, “Not Rihanna letting nonblack ppl wear braids for her lil underwear line fashion show.”

Viral meme star-turned-rapper Bhad Bhabie faced similar allegations of cultural appropriation in 2019 for wearing box braids. But true to form, the always defiant teen fired back at her critics.

“To all the black females that are saying my hair ain’t meant for box Braids guess the fuck what y’all hair ain’t meant to be straight but y’all glue whole wigs on to your heads and sew Brazilian/Indian/Peruvian hair which is anything like your natural hair texture at all and I don’t say a god damn thing neither do the other cultures that you get the hair from,” she wrote.

As for Rihanna, she has yet to respond to the online chatter and likely won’t — she’s too busy running a billionaire empire and dating A$AP Rocky. Meanwhile, Badu is back to touring and expected to land in Denver on October 18 to play the Mission Ballroom. Other cities include Washington D.C., Austin, and Tampa.