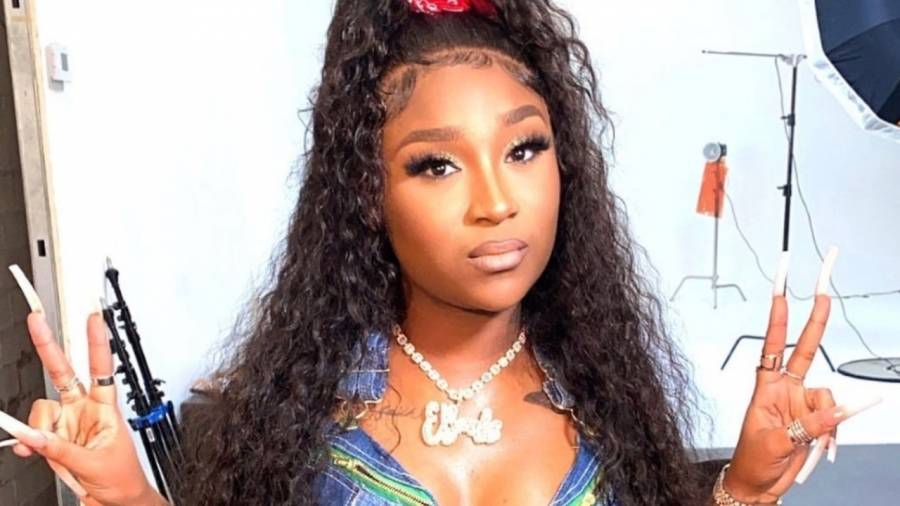 Celebrations are in order for Dallas, Texas rapper Erica Banks. Her latest single, “Buss It,” became a breakthrough hit by garnering millions of plays on TikTok, and the recognition is starting to come in.

According to the Recording Industry Association of America, “Buss It” has been certified gold, selling half a million copies since it dropped in May 2020. The certification came on June 2, and the up-and-coming rapper wasted no time celebrating on her Instagram.

The success of “Buss It” brought Erica Banks a whole lot of attention. The song became a staple on TikTok, and even Travis Scott hopped on the official remix to the song. Most importantly, though, Banks was fielding record deals from DaBaby and Atlantic and Capitol Records before her mother put an end to it.

During an interview for Twitch streamer Clinton Spark’s Big Win podcast, Erica Banks spoke about her mother’s role in preventing her from signing a record deal.

“Atlantic was one, Capitol was one — actually, DaBaby the artist the DaBaby, yeah he was the second person to reach out.” Erica Banks said while explaining how her first offers rolled in.

“So I personally did not sign with DaBaby because — now let me say this before I tell you that I was very excited, it was my second offer,” sje continued. “I was like ‘Hell yeah,’ I was about to get on the plane and go. But then I called my mom like, ‘This what I’m about to do, I’m about to go sign with DaBaby,’ She’s like, ‘Oh no, we need to slow down this is only the second offer we’re not going to just jump on whatever comes.’ I’m like, ‘Oh whatever mama you don’t know what you’re talking about.’”