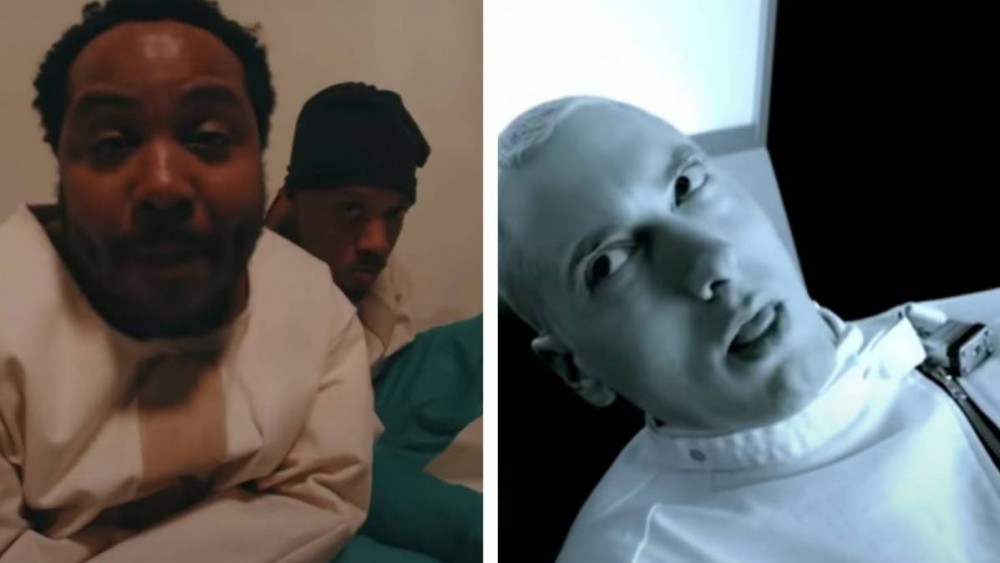 The East Atlanta native subtly announced the new contract on Friday (July 2) with a social media snap featuring him and Marshall Mathers and immediately followed up with the first taste he’s bringing to the long-running Hip Hop label.

For the single “Gutter,” Grip brings the type of zany lyricism Eminem & Co. have consistently brought to the forefront with bars like, “Far beyond the image, this is trap and rapping in your partner’s Honda Civic/Or that county jail your mama visit, to see if a bond was given/Cause you took a chance to advance in a life you ain’t bound to live in/Why would I be bound to critics?”

The chorus supplied by fellow Atlanta rapper Wara from the NBHD also issues a call-and-response action to the crowd in the vein of traditional emceeing.

Director Caleb Seales captures the venerable storyteller fearlessly being ridiculous for the camera, with splices between a clinical battle with a padded room and straitjackets and flirting with the temptations video vixens have to offer.

“Huge s/o to @opnszn @calebseales for bringing my vision to life, @wara.live for killin the mf’n hook and everybody that played a part,” Grip wrote on Instagram.

Check out Grip and Wara’s “Gutter” video above and give your opinion on Eminem’s A&R skills in the comment section below.