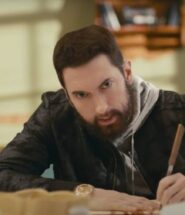 The latter boasted 16 new tracks in addition to the original 20 and featured Dr. Dre, Ty Dolla $ign, DJ Premier and singer-songwriter Skylar Grey, among others. Now, one of those songs is being used to soundtrack the upcoming UFC 257 rematch between Conor McGregor and Dustin Poirier.

On Tuesday (December 29), Shady tweeted ESPN’s trailer for the event, which features the song “Higher.” As clips of McGregor and Poirier’s first fight flash across the screen, Em raps, “Where am I supposed to go from here?/Really I have no idea/All I know is every time I think I hit my ceiling/I go higher than I’ve ever fuckin’ been.”

Rumors of a deluxe version of Music To Be Murdered By started floating around earlier this month but reached fever pitch when Dr. Dre affiliate Dem Jointz shared an Instagram post inadvertently revealing the project’s cover art. Sure enough, Music To Be Murdered By: Side B arrived on December 17 to the delight of Stans worldwide.

Technically, Side B brought Eminem’s historic Billboard reign to an end. It marked the first time a project of his hasn’t debuted in the coveted spot since 1999’s The Slim Shady LP, which entered the chart at No. 2. Needless to say, Em still remains one of music’s best-selling artists of all time.

As noted the ESPN trailer, the Poirier Vs. McGregor 2 event goes down on January 23 at 10 p.m. EST.