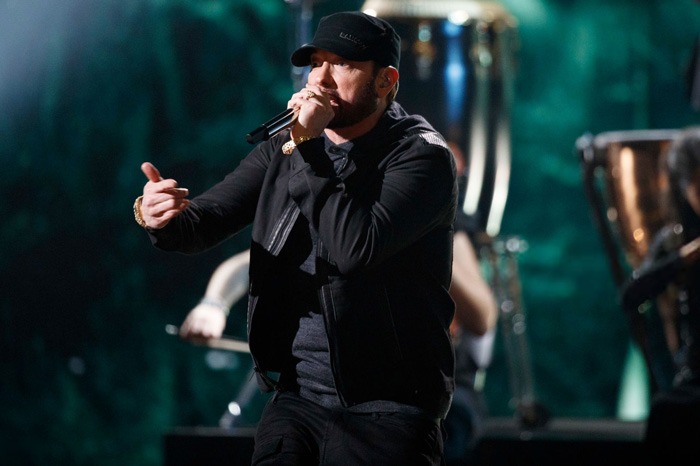 Eminem is seeing a surge in sales following his surprise performance of “Lose Yourself” at the 2020 Oscars.

According to Billboard, the 8 Mile track sold 4,000 downloads in the U.S. following Sunday’s show, up 1,894% from the previous day. It is currently the most-downloaded song on the U.S. iTunes Store.

Slim Shady surprised the crowd when he popped up at Sunday’s Academy Awards to perform his Oscar-winning song for the first time. The former Billboard Hot 100 chart-topper won the Academy Award for Best Original Song at the 2003 Oscars, but Eminem was not present to accept the award.

After his “Lose Yourself” performance, the Detroit rapper tweeted: “Look, if you had another shot, another opportunity… Thanks for having me @TheAcademy. Sorry it took me 18 years to get here.”

Meanwhile, Em’s surprise album Music to Be Murdered By falls to No. 2 on the Billboard 200 this week after opening at No. 1 last month with 279,000 equivalent album units.