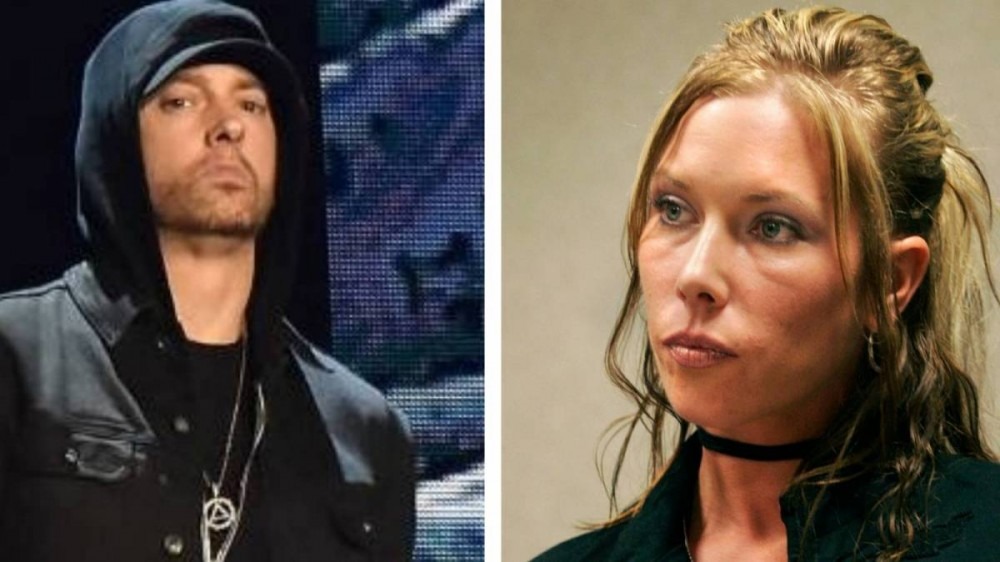 Eminem’s ex-wife Kimberly Scott — better known as Kim from songs such as “Bonnie & Clyde” and “Hailie’s Song” — was hospitalized for an alleged suicide attempt in late July. According to The Sun, Scott took drastic measures to end her life following the death of her mother Kathleen Sluck just a few days earlier.

In a shocking 911 call released by Macomb County Sheriff’s Office, her friends were frantic after breaking down the bathroom door and finding Scott laying in a pool of blood.

The woman on the phone reportedly says, Scott “just tried killing herself,” to which the male dispatcher asked, “How did she try to harm herself?”

“I don’t know I just ran out, I have someone in there with her,” she replies. “There’s blood everywhere on the bathroom floor.”

The dispatcher then asks, “Do you know if she’s conscious right now ma’am?” to which she says, “She is, she’s yelling at me not to call the police.”

The caller also revealed Scott had swallowed a “bunch of pills.” Once police arrived on the scene, they attempted to take a cup containing an unknown substance from Scott’s hand and she became “combative.”

Officers were advised there was a possible suicide note left in the nearby bedroom, and they soon discovered a small cardboard shipping box covered in “haphazard messages” to her family. There was also a self-made “Do Not Resuscitate” request, which was attached to the box with a “patch of blood.”

Scott was understandably distraught after her mother’s funeral. An online obituary shows her mother died on July 23 and a comment posted by a user claiming to be Scott was shared on the official memory page a couple of days later but has since been deleted.

“I don’t even know where to begin mom!!!” it reportedly eads. “First off I’d like to say I FUCKING LIED TO YOU WHEN I SAID I WOULD BE OK….I LIED WHEN I SAID I CAN DO THIS I PROMISE!!!! Fucking fuck it all!!! I don’t even know how to do this without you I just wanted you to not hurt or suffer or fight for me anymore!!!

“But I’m sure you know that!!! You’ve been the support and back bone for me and my kids and I can’t thank you enough.

“You’ve taught me how to be a fighter and not take shit and tried to teach me to love myself as much as you loved me!! You’ve be there for every fall I’ve had and BOY WAS THERE A LOT!!! You’ve taught my kids how to love and respect others and also how to be just as crazy as us when needed.

“We’ve had our riffs but not one second of one day would I not have given my last breath for you. Even now I’d rather it be me than you!!! You’re all I had left momma!!! What do I do now??

She added, “How can I go crazy anymore without you here to be the strength and kick in the ass I need to get better???! I hope you know how fucking much I love the shit out of you and how much the kids love you!!! I hope you know every choice I made was to make you a little happier and your life a little easier!!!”

Scott has struggled with substance abuse issues for years and attempted to take her life in 2015. She and Eminem have been married and divorced twice and share a 25-year-old biological daughter named Hailie. Sluck was listed at her daughter’s home on 22 Mile Road in Macomb from 2020 until her death, a property which was reportedly built for her by Eminem.