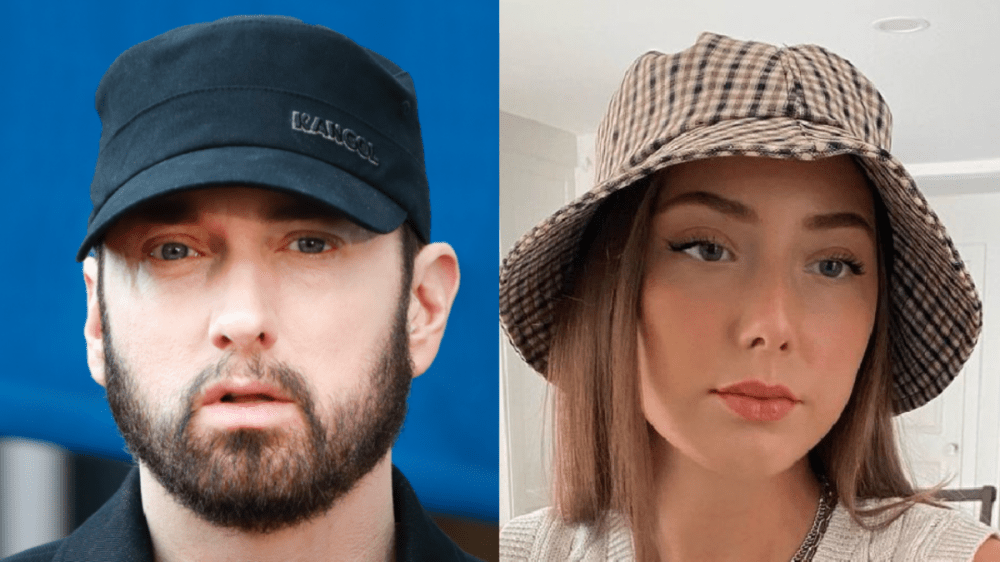 Eminem’s daughter Hailie Jade is no stranger to his fans through being mentioned on songs such as “Mockingbird,” “Cleanin’ Out My Closet,” “’97 Bonnie & Clyde,” “Hailie’s Song” and many others throughout his career.

With Spotify rolling out its 2021 Wrapped feature on Wednesday (December 1), Hailie — who rarely mentions her father on social media — took to TikTok to reveal her most-played artist of the year is in fact Eminem, and that she’s in the top 3% of his listeners.

Referencing Eminem’s 2002 song “My Dad’s Gone Crazy” that she appears on, the video sees Hailie lip-syncing The Real Housewives of Potomac star Wendy Osefo, who talked about being a Nicki Minaj fan on a recent episode of The Wendy Williams Show. In just 16 hours, the post reached over 6.8 million views.

Hailie Jade used to hang out with Eminem in the studio as a child and ended up featuring on “My Dad’s Gone Crazy” from The Eminem Show.

“But the next day, [Dr.] Dre was in town and we were making a track and I thought back to what she said. I was like, ‘Hailie!’ Got her in the booth and I swear to you, she was so natural at it. I would tell her something one time and she would do it. She did all the little sound effects and whatever – she’s geeked to be on the song.”

Eminem added, “Mind you, the song has cussing in it and this and that, and whatever people wanna think about it, she’s gonna grow up in her life and hear worse. At least when she gets older, she can grow up and say, ‘My dad sung songs about me, my dad put me on a song, my dad put my name everywhere.’”

During an appearance on Mike Tyson’s Hotboxin’ podcast in March 2020, Eminem opened up about his daughter.

“Hailie is 23,” he said at the time. “Not babies, nope. Just a boyfriend, and she’s doing good. She’s made me proud for sure. She graduated from college, 3.9. It’s definitely is crazy. I have a niece that I have helped raise too that’s pretty much like a daughter to me and she’s 26, and then I have a younger one that’s 17 now. So when I think about my accomplishments, that’s probably the thing I’m most proud of – being able to raise kids.”

He added, “It’s definitely important to keep your kids grounded when there’s situations like we have.”