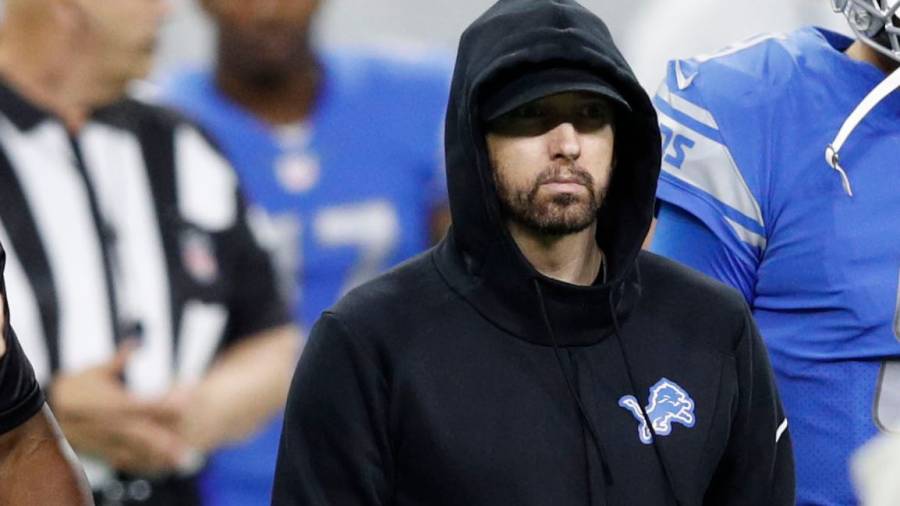 Eminem’s music has been popping up left and right lately — in President Joe Biden’s 2020 campaign video, UFC promo and now, a tweet from National Football League legend Tom Brady. On Thursday (February 11), Slim Shady shared a tweet celebrating the Super Bowl champion after he used his 2002 song “Without Me” in a tweet of his own.

“Congrats, @TomBrady,” Em wrote in the caption. “They hate us cuz they ain’t us!”

In Brady’s original tweet, he stands in front of the camera smiling then holds up his latest Super Bowl trophy alongside two of his teammates. Footage from Sunday’s (February 7) game is sprinkled throughout as The Eminem Show song plays in the background.

The words, “Still Here. Never Left. To Be Continued” flash across the screen before Brady is seen tossing the trophy across the water to an awaiting boat.

Congrats, @TomBrady. “They hate us cuz they ain’t us!” https://t.co/otauKLLmfP

The Tampa Bay Buccaneers slaughtered the Kansas City Chiefs 31-9, earning Brady his seventh Super Bowl title in the process; the first six he won with with the New England Patriots. The veteran football player is often heralded as one of the greatest quarterbacks in NFL history.

Both Brady and Eminem parallel each other in terms of accomplishments and their Michigan roots. Shady, of course, is one of the most successful artists of all time. The diamond-selling MC has racked up a slew of accolades over the course of his career, including multiple Grammy Awards, an Oscar and numerous Billboard records.

But according to Juicy J, Slim Shady is not the Tom Brady of the rap game — the Three 6 Mafia OG says that honor belongs to him. Meanwhile, Charlamagne Tha God believes Tom Brady is the JAY-Z of football. Commenting on Elliott Wilson’s post about Hov being the greatest rapper alive, The Breakfast Club co-host wrote, “This really isn’t up for debate at this point. Tom Brady is the Hov of athletes…..notice I didn’t say that the other way around.”