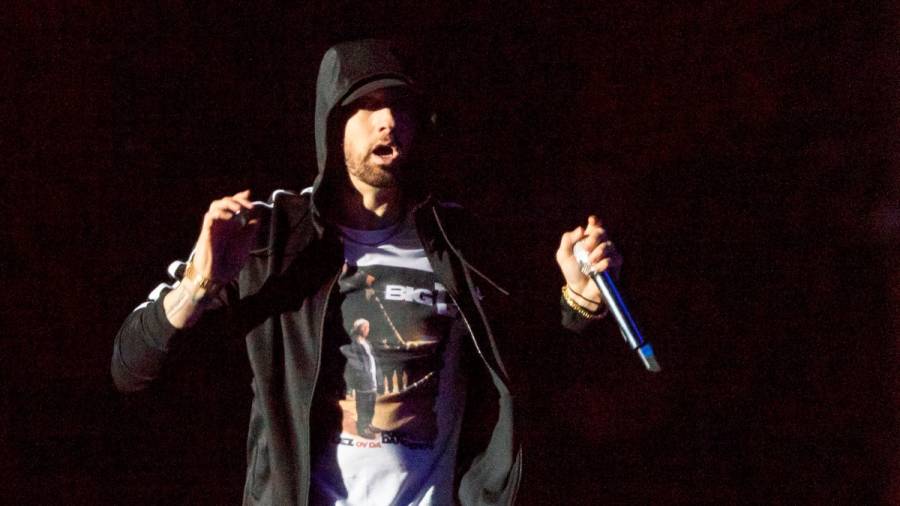 Royce Da 5’9 and The Alchemist are among Eminem’s closest friends, so it was only a matter of time before Slim Shady congratulated both his fellow Detroit native and longtime tour DJ for their recent Grammy nominations.

On Tuesday (November 24), a few hours after the Recording Academy unveiled the list, the Music To Be Murdered By architect showed some love to Nickle Nine on Twitter — while cleverly dissing the Grammys in the process.

“So happy for @Royceda59 and @Alchmiest on their Grammy rap album of the year noms!” he wrote. “Seems like @RecordingAcad might be starting to get it right.”

So happy for @Royceda59 and @Alchemist on their Grammy rap album of the year noms! Seems like @RecordingAcad might be starting to get it right. pic.twitter.com/osRO36B6VU

As Shady pointed out, Royce was nominated in the Best Rap Album category for The Allegory, which he dropped in February. Serving as Nickle’s eight studio album, the project featured 22 tracks and guest verses from Conway The Machine, Westside Gunn, Benny The Butcher and KXNG Crooked, among others.

Meanwhile, Alchemist was nominated in the same category for his collaborative album with Freddie Gibbs, Alfredo. The compact, 10-track project was released in May and also featured Griselda members Benny and Conway but Rick Ross and Tyler, The Creator as well.

Eminem has consistently promoted Alchemist and Royce whenever they have something new on the horizon. More recently, Em fired off a tweet encouraging his 22.8 million Twitter followers to buy Alchemist’s latest album, The Food Villain, something not lost on Westside Gunn.

The Buffalo MC, who had a distribution deal with Em’s Shady Records, was noticeably annoyed by the lack of support his album Who Made The Sunshine received from Shady and his camp. Not long after, he told Joe Budden he’d left Shady and was no longer affiliated with the imprint.