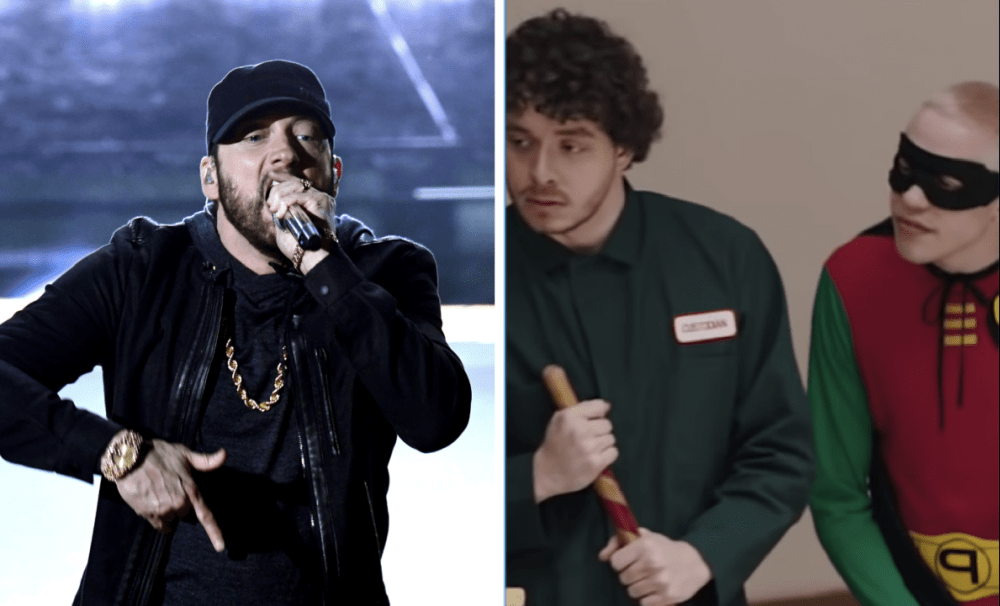 Eminem looks like he could be entering the lucrative NFT (non-fungible token) game. Slim Shady kicked off the week on Monday (April 19) providing a vague response to the viral skit from Jack Harlow, SNL‘s Pete Davidson and Chris Redd explaining NFTs during a Saturday Night Live episode in March.

Eminem responded with a thinking emoji to the spoof, which used his 2002 “Without Me” to help dissect the cryptocurrency craze.

On Tuesday (April 20), Eminem followed up with another tweet featuring a lightbulb emoji next to Nifty Gateway’s account. The tweet essentially teases Em joining the NFT foray with a surprise on the way for his very first crypto release possibly coming on Sunday (April 25) with more details to come.

“Surprise We’re excited to announce that @Eminem is dropping this Sunday – April 25th on #NiftyGateway! Look out for more information and details to come,” Nifty Gateway wrote.

A$AP Rocky, Jeezy, 6ix9ine, Curren$y, Snoop Dogg and Bobby Shmurda are just a few of the rappers getting involved in the new craze of NFT.

Watch the SNL skit below.