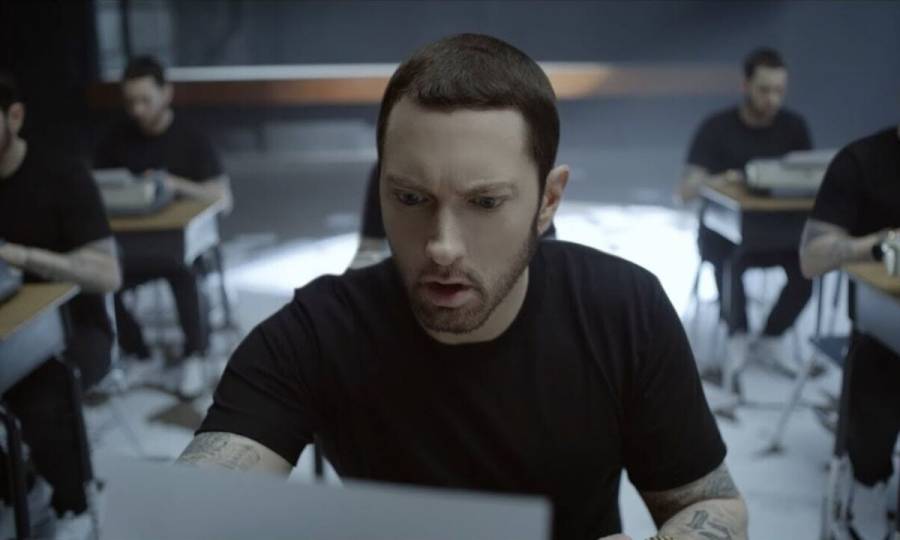 Eminem isn’t done revisiting The Marshall Mathers LP for its 20th anniversary. After hosting a live chat about the album earlier this year, Slim Shady is launching an exclusive capsule collection of merchandise to honor his acclaimed LP on Thursday (October 29).

"May I have your attention please?" #MMLP20 capsule hits the store Thursday – sign up for first access. Link in bio

The new batch of merch includes t-shirts, long sleeve shirts, hoodies and hats — some of which feature references to his singles “Stan” and “The Way I Am.” Fans can sign up to be the first to access the items on Eminem’s online store.

Slim Shady’s Marshall Mathers LP was originally released on May 23, 2000. The album debuted at No. 1 on the Billboard 200, spent eight consecutive weeks at the top of the chart and went platinum a month after its arrival.

Check out all of the clothing available in The Marshall Mathers LP capsule below.