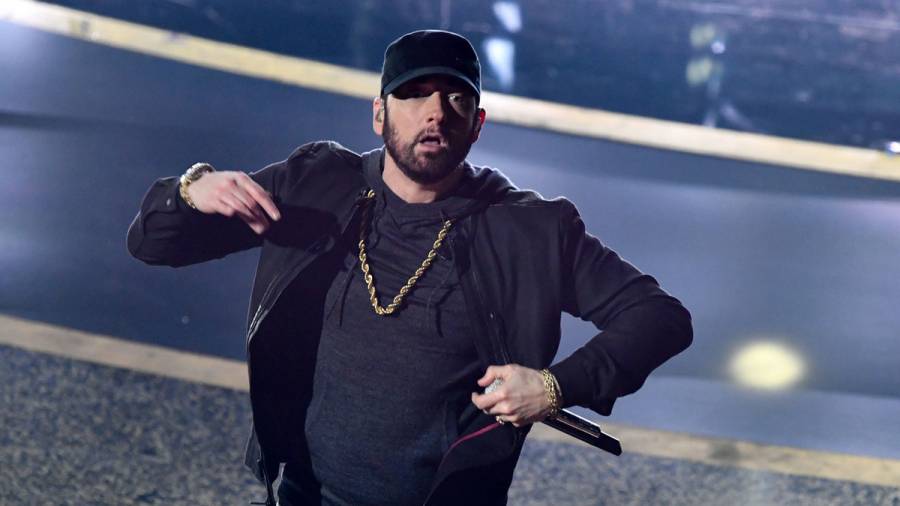 The longstanding feud between Eminem and Nick Cannon has apparently come to an end. KXNG Crooked noted the two aren’t at odds anymore after Cannon was pictured alongside Eminem’s longtime friend Royce Da 5’9.

Crook commented on the situation due to a Twitter follower questioning him about Royce posing with Slim Shady’s “enemy.”

They’re not enemies. It’s over

@Royceda59 told me to pull up in Detroit! Say Less! 2 Brothers Building, Manifesting and Enlightening! This @cannonsclasstv is about to be Epic! #cannonsclass ✊🏾

Royce later joked about the situation by sharing a photoshopped version of his picture with Cannon featuring other people Eminem’s dissed. But he also noted the issues between Slim Shady and Cannon are a thing of the past.

“Ok I deserve this,” he wrote on Instagram. “Listen… Please stop making these. These are too hilarious… Beef between @eminem x @nickcannon is water under the bridge… Thank you to @fatjoe for helping to make it happen… Let’s spread love y’all.”

In September, Cannon told Fat Joe about his desire to end the beef with Eminem. Joe offered to be a mediator with Cannon mentioning he’d talked to Royce about settling the bad blood.

Eminem and Cannon have been feuding for more than a decade. The issues between them largely stemmed from Cannon’s relationship with his ex-wife Mariah Carey, who was romantically involved with Eminem in the past.

Slim Shady’s most recent diss of Cannon emerged in 2019 when he took a shot at his rival on Fat Joe’s song “Lord Above.” Cannon responded with his own disses “Pray For Him” and “The Invitation” along with a brief jab on 2020’s The Miseducation of The Negro You Love to Hate mixtape.

Since then, the shots have stopped as Royce seemingly became the voice of reason. Nickel Nine also helped put a stop to the beef between Slim Shady and Lord Jamar, making Royce’s mediating skills look top-notch.

Ok I deserve this 🤣🤣🤣🤣🤣… Listen… Please stop making these. These are too hilarious… Beef between @eminem x @nickcannon is water under the bridge… Thank you to @fatjoe for helping to make it happen… Let’s spread love y’all ✌🏿