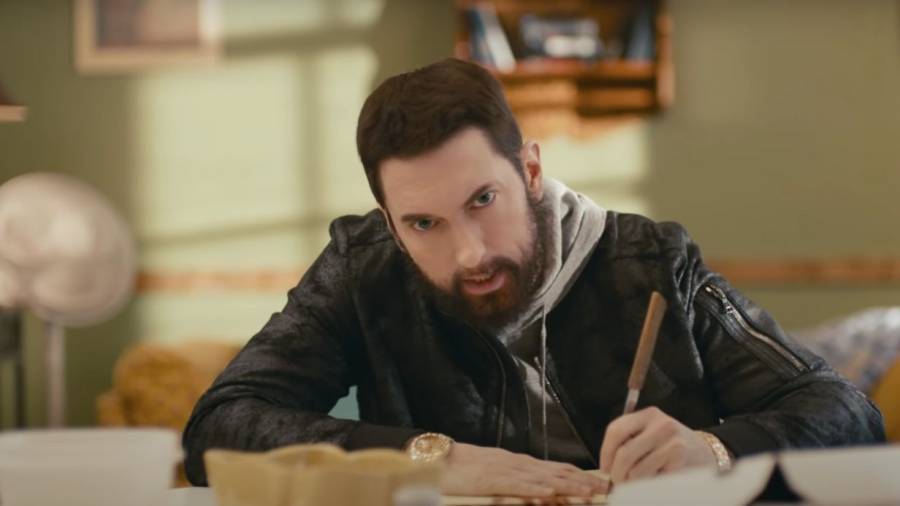 Despite the raging COVID-19 pandemic, Eminem stayed incredibly productive in 2020 and is carrying that momentum into 2021.

“‘I’m out my Ramen noodle,” Em captioned the clip. “get your hands on some @LyricalLemonade #gnat music video props on the site.”

“Im out my Ramen noodle” get your hands on some @LyricaLemonade #gnat music video props on the site – https://t.co/ALFVsi72KR pic.twitter.com/Rt7MbXjiV5

Eminem included the link to his official website that reveals a gallery of exclusive photos from the “Gnat” video set. There are also details about how to enter the contest and what the prizes entail. According to the site, the Grand Prize is Shady’s bloody hoodie worn in the video and one of the four LP autographed test pressings of Music to Be Murdered By: Side B.

For a chance to win, fans must register here.

Music To Be Murdered By: Side B was released on December 17 and added 16 songs to the original 20, bringing the total to 36 tracks. Additional guest appearances included Ty Dolla $ign, DJ Premier and singer-songwriter Skylar Grey. The project debuted at No. 3 on the Billboard 200 with roughly 94,000 total album-equivalent units sold in its first week.