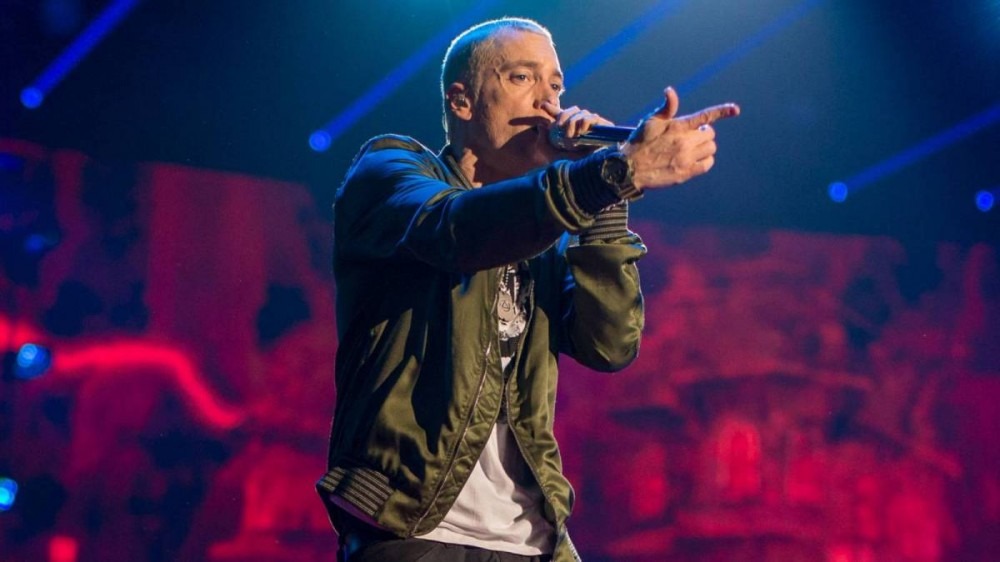 Method Man and Redman gave Hip Hop fans a nearly three-hour Verzuz performance on Tuesday (April 20) during an event appropriately dubbed “How High.” Among the roughly 171,000 viewers, notable names such as Jermaine Dupri, Russell Simmons and Diddy popped up in the comment section as the seasoned duo sailed through songs such as “Da Rockwilder” and “Y.O.U.”

Judging by Eminem’s recent tweet, he was tuned in as well. On Thursday (April 22), Slim Shady shared Redman’s latest song “80 Barz” and wrote in the caption, “It goes Reggie…,” a reference to the black t-shirt Redman was rocking at one point during their performance that read: “It Goes Reggie, JAY-Z, Tupac & Biggie.”

Of course, Reggie is short for Redman’s birth name, Reginald, and commonly used to refer to the Hip Hop legend.

Eminem and Redman collaborated on the 2000 track “Off The Wall,” which appeared on the official soundtrack for Nutty Professor II: The Klumps starring Eddie Murphy. Shady also routinely refers to Redman as one of his favorite rappers. In June 2020, YouTuber NoLifeShaq got Eminem to rattle off his top picks for best MCs and the Wu-Tang Clan affiliate was right up there with Lil Wayne, JAY-Z and 2Pac.

For me, in no particular order,” he tweeted at the time. “Toss up between wayne, pac, royce, jay, redman, treach, g. rap, biggie & king crook.”

For me, in no particular order… Toss up between wayne, pac, royce, jay, redman, treach, g. rap, biggie & king crook….

Redman is finally inching closer to releasing Muddy Waters 2, the long awaited follow-up to the 1996 original. The project was originally expected to arrive in 2018 but was pushed back. Speaking to HipHopDX Senior Writer Kyle Eustice last September, Redman explained, “You have to understand that I’m a self-contained artist. That means I engineer everything right here in my house that I’m talking from. I engineer, I write the music and I mix in my house. What I learned from Def Jam — because I’m a Def Jam baby — I learned all my tutelage on how to put out music through Def Jam.

Muddy Waters 2 is scheduled to drop sometime this summer. In the meantime, cop the t-shirt Redman was wearing here.