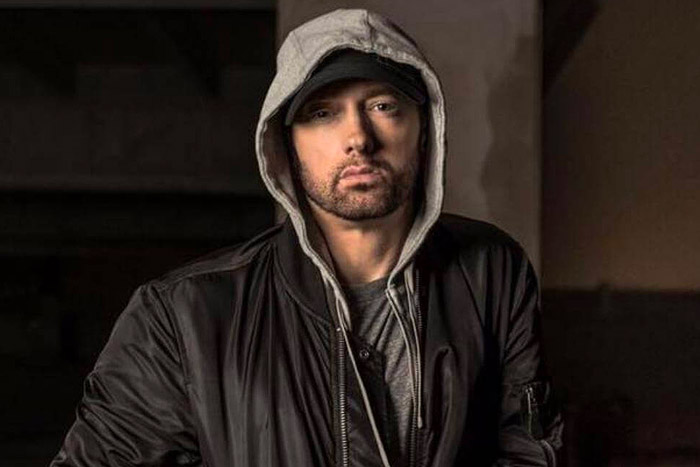 Eminem may be mentioned among the greats, but he doesn’t feel any one MC is deserving of the crown.

Speaking with Apple Music’s Zane Lowe, the Detroit rapper explained why there will never be a best rapper of all time.

“When they try to compare eras, hip-hop went through too many different transitions for anyone really to be the best rapper of all time,” he said. “It’s evolved. Now people are doing things with flows that I never could have seen happening. But at the same time, rappers from that era meant so much more to that era, just because there were so many innovators and there were so many rappers.”

He gave props to Lil Wayne, J. Cole, Kendrick Lamar, and Joyner Lucas. “They rap to be the best rapper, and I feel like when you push yourself like that, that’s what I feel like inspires greatness,” he said. “Tupac, I feel like rappers like Rakim, [Kool] G Rap, [Big Daddy] Kane, Treach, Pharoahe Monch, KRS-One would drive some new sh*t, it just outdid whatever was before that. And then along comes Rakim, and he outdoes that.”

Despite being called the “Rap God,” Em remained humble about his own influence. “I know I’ve been around for a minute, but I don’t feel like honestly, in my heart of hearts, I don’t feel like anything I did, anything I’ve done up to this point is more influential than they were to their era,” he said. “To me, I will never mean more than they meant to their era. And that, man, a lot of times people, when they ask me what my top favorite rappers are, I don’t even know how to answer that, because there’s so many rappers that have been so great and still are great.”

Some of those greats include Rakim, Redman, Nas, Ice Cube, and the late Heavy D. “I have nothing but the utmost respect for that dude,” he said of the former leader of Heavy D & the Boyz. “And he was one of the most underrated rappers to me because he was like a chameleon because he could get on a song with Treach and keep up.”

Nearly 25 years since his debut, Eminem remains one of hip-hop’s most prolific MCs. This week, his album Music to Be Murdered By jumped from No. 199 to No. 3 on the Billboard 200 following the surprise release of Side B, a deluxe reissue featuring 16 additional tracks.