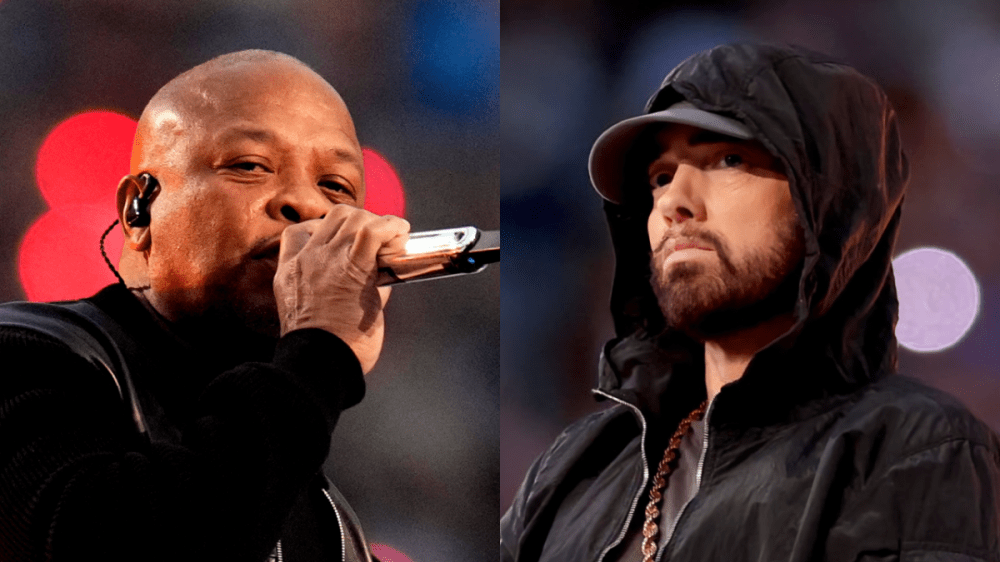 Eminem and Dr. Dre‘s Super Bowl LVI Pepsi Halftime Show appearances are proving to be a big boon to their respective catalogs, with both rap legends re-entering the upper echelon of Billboard’s albums chart.

The compilation project, which debuted at No. 1 upon its release in December 2005, earned almost 31,000 album-equivalent units in the week since the Super Bowl, a 256 percent increase in sales.

Featuring hits such as “Stan,” “My Name Is” and “Lose Yourself,” the latter of which Eminem performed at the Super Bowl, Curtain Call: The Hits continues to be a jewel in the Detroit rap icon’s commercially successful catalog.

Last week, it became the first rap album to spend over 500 weeks on the U.K.’s albums chart, while the project was the 49th best-selling album in the U.S. in 2021 after adding 673,000 units to its 7 million-and-counting tally.

2001 was at the heart of the all-star Pepsi Halftime Show, with Dre performing “The Next Episode” and “Forgot About Dre” with help from Snoop Dogg and Eminem, respectively, before he closed out the show with “Still D.R.E.”

Eminem and Dre aren’t the only Super Bowl performers enjoying a sales spike. According to HITS Daily Double, Kendrick Lamar‘s good kid, m.A.A.d city has jumped from No. 36 to No. 21 on the Billboard 200, up 32% in sales. The TDE MC briefly performed “m.A.A.d city” during the Super Bowl halftime show before launching into “Alright.”