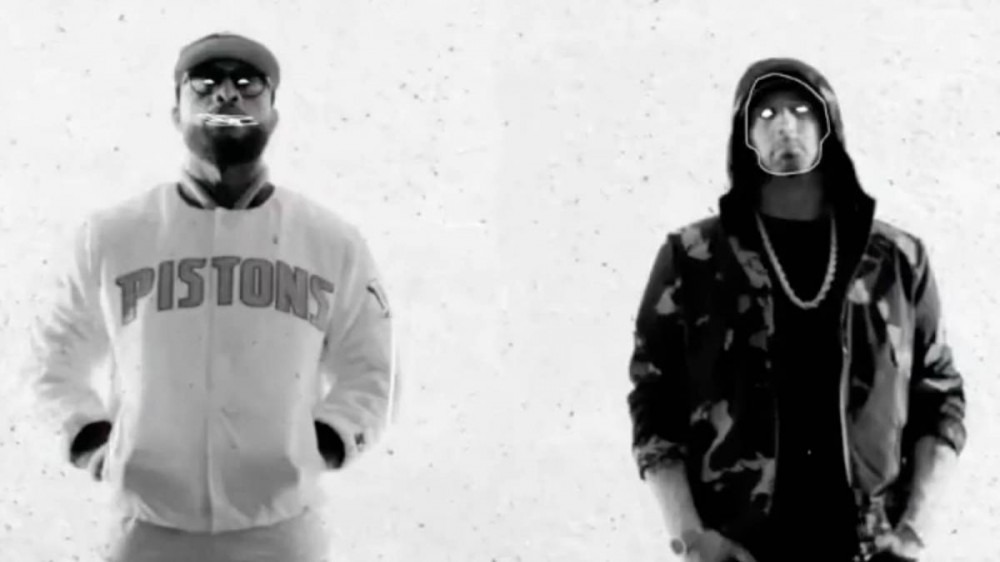 Eminem and Royce Da 5’9 have been friends and collaborators for years. With the help of their fellow Detroit native Proof, the two formed Bad Meets Evil and delivered the platinum-selling EP Hell: The Sequel in 2011. While the duo may not be currently active, it doesn’t mean they aren’t still making music together.

In 2018, the two linked for the single “Caterpillar” off Nickel Nine’s seventh studio album Book of Ryan. Late last month, Royce partnered with music royalty marketplace Royal to allow fans to own a piece of the song, which sold out in 30 minutes. On Tuesday (July 5), Eminem fired off a tweet in honor of Royce’s 45th birthday and included Royal’s tweet about the opportunity to invest in “Caterpillar.”

He wrote in the caption, “Happy bday @royceda59! What we doin to top this?” The tweet seemed to suggest more collaborations were on the way.

Happy bday @royceda59! What we doin to top this? https://t.co/KCiSHXcirs

Royce Da 5’9 recently spoke to HipHopDX about the Royal partnership and explained how Nas inspired him to dip his toe in the NFT waters.

“I’ve seen Nas do it,” he said. “Nas was one of my fucking idols. I seen him do it and it was exciting just as a fan. Like when I seen him do that, that was one of the first fan moments that I had in a very long time. I just thought, ‘Wow.’ He did it with one of his last albums. He’s leading away, because normally, these types of activations are done by record labels and companies that buy up everybody’s masters.

Nas announced his Royal partnership in January with the songs “Ultra Black” and “Rare” from 2020’s King’s Disease and its 2021 sequel. With prolific Hip Hop artists such as Nas blazing the trail, Royce is hoping even more will follow suit.

“If you have the right situation, if you can still control the master, you can still play ball with labels,” he said. “They still have a place. They can participate in stuff, too, but they don’t have to own everything. And that’s the thing that I want the youngins to realize. They don’t have to own everything, but if it’s moving properly, there’s a space for them to be in. There’s a degree in which you can be embed with them where they’re still happy. But if you create it, it should be yours.”

As for new music from Royce, he told DX his follow up to 2020’s Grammy Award nominated album The Allegory will be different from previous releases.

“I’ve been mulling over some ideas,” he said. “I think I know what I’m going to do next project-wise. I don’t necessarily want to say right now just in case it ends up changing.
But I have been working in a couple different directions. But, yeah. I’m definitely working on music, especially now that I’m in a better mental space.