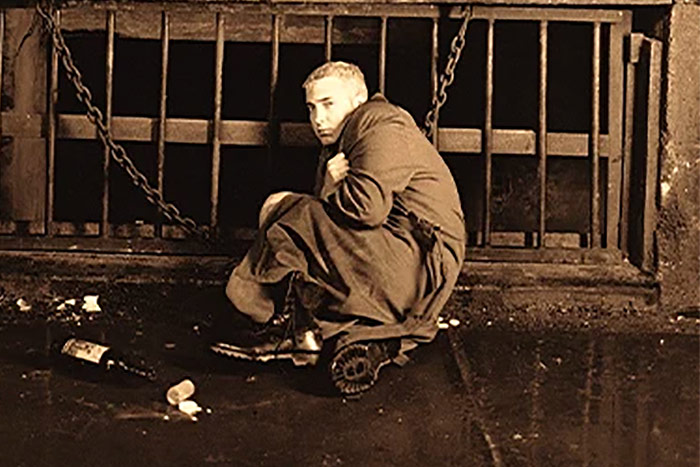 Today marks the 20th anniversary of Eminem’s third studio album The Marshall Mathers LP. In honor of the milestone, the Detroit rapper has announced a series of celebrations starting this week.

On Wednesday, Em will interact with fans during his MMLP2 virtual listening party. He will host a live chat where he will be answering questions.

He has also released remastered versions of his iconic videos on YouTube including “The Real Slim Shady,” “The Way I Am,” and “Stan.”

#MMLP20 “I used to give a fuck / now I could give a fuck less” Stan drop, Listening Party and I got a new number ☎️ – hit the site for more info on the 20th Anniversary of The Marshall Mathers LP – https://t.co/7gCFWIUuDn pic.twitter.com/jPBFP2WacE

Plus, he has announced a line of merch to commemorate the occasion including a limited edition “Stan” varsity hoodie, which drops next week.

More celebrations are in order. Em has set up a phone number (313-666-7440) where fans can text him and get updates on MMLP2 music and anniversary collections dropping later this year.

Released on May 23, 2000, The Marshall Mathers LP debuted at No. 1 on the Billboard 200 and remained there for eight consecutive weeks, spawning hits including “The Real Slim Shady,” “The Way I Am,” and “Stan.” It sold over 35 million copies worldwide and won the Grammy for Best Rap Album.

During his 2019 “Marshall From Detroit” interview, Eminem opened up about the album’s impact and how he’s always been “chasing” its success.

“I’m gonna keep it 100 percent honest: I feel like, and I’ve felt like this for a long time–I’ve always been chasing The Marshall Mathers LP,” he said. “Because I know that captured a moment, you know what I’m saying? It’s kind of like a time capsule, when I look back at it. The times that it was back then and the turmoil in my life that was happening.”

Stream The Marshall Mathers LP below.