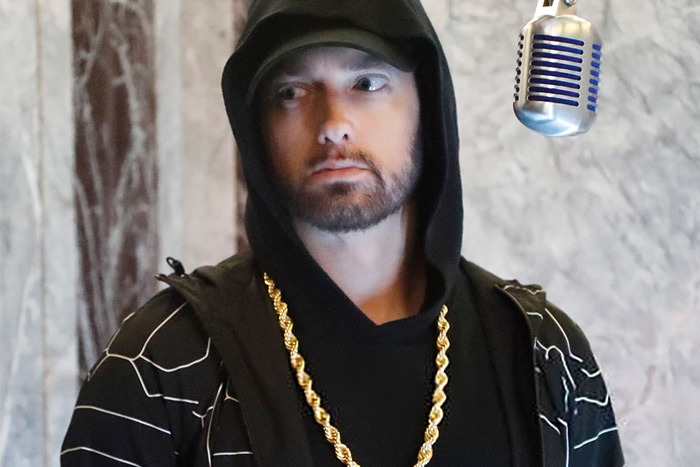 Eminem issued a monster challenge to his fans and they delivered.

Last month, the Detroit rapper challenged his legions of fans to spit the monstrous third verse of his Music to Be Murdered By single “Godzilla.” The response to the #GodzillaChallenge was overwhelming as fans flooded social video platform Triller to showcase their fiery flows in return for prizes and recognition from the “Rap God” himself.

But there could only be one winner. JackSherlock1 was crowned after he snapped while lip-syncing to Eminem’s venomous verse and holding up his Eminem vinyl collection. Slim Shady also recognized five runner-ups.

“Fill ‘em with the venom and eliminate ‘em” @triller #GodzillaChallenge is on. Who can spit it? Reposting + got prizes for my favorites. https://t.co/jWfW83X7P8 pic.twitter.com/jKMpJH7nw7

Last week, Em dropped the epic video for the Juice WRLD-assisted track, which finds him breathing fire, wielding a bloody chainsaw, and roaming a department store with godzillas, with cameos from Dr. Dre and Mike Tyson. “Godzilla” appears on Music to Be Murdered By, which became Eminem’s 10th No. 1 album on the Billboard 200.

See the #GodzillaChallenge winner and runner-ups below.

“Godzilla, fire spitter, monster” 🔥 #GodzillaChallenge @triller winner squad on the site. Shout out to the homie jacksherlock1 on taking the #1 spot! https://t.co/5Es6a20KPN pic.twitter.com/b0j9KgwOD1