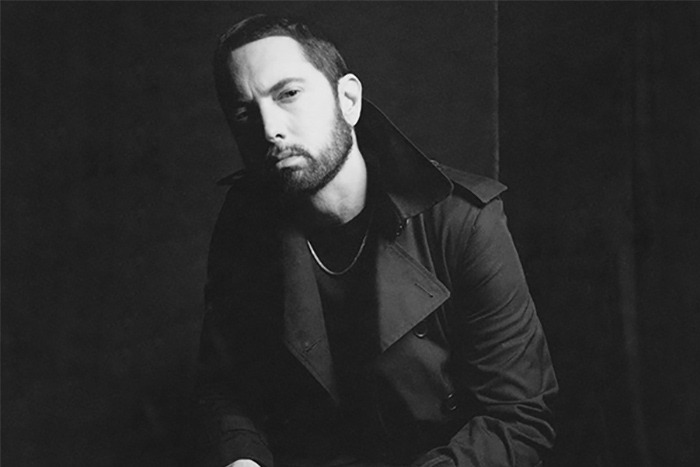 Eminem is confronting his critics.

In an open letter posted on social media, Marshall Mathers addressed the criticism surrounding his latest album Music To Be Murdered By. The Alfred Hitchcock-inspired project received backlash for its graphic and violent nature.

“In today’s wonderful world murder has become so commonplace that we are a society obsessed and fascinated by it,” Em wrote in the blood-stained note. “I thought why not make a sport of it, and murder over beats? So before you jump the gun, please allow me to explain.”

He acknowledged the polarizing content and said the music was intended to stir a reaction. “This album was not made for the squeamish,” he added. “If you are easily offended or unnerved at the screams of bloody murder, this may not be the collection for you. Certain selections have been designed to shock the conscience, which may cause positive action. Unfortunately, darkness has truly fallen upon us.”

But there’s a message behind his madness. “So you see, murder in this instance isn’t always literal, nor pleasant. These bars are only meant for the sharpest knives in the drawer. For the victims of this album, may you rest peacefully. For the rest of you, please listen more closely next time. Goodnight!”

In the video for “Darkness,” which serves as a commentary on gun violence, he recreates scenes from the 2017 mass shooting at the Route 91 Harvest music festival in Las Vegas. It ends with him encouraging fans to register to vote in order to help change gun laws.

He also faced criticism for his lyrics on “Unaccommodating,” where he raps about the bombing outside Ariana Grande’s 2017 concert at Manchester Arena. “I’m contemplating yelling ‘bombs away’ on the game like I’m outside of an Ariana Grande concert waiting,” raps Em.

Read his letter in full below.

“Cause, see, they call me a menace and if the shoe fits, I'll wear it. But if it don't, then y'all will swallow the truth, grin and bear it” #Renegade #MusicToBeMurderedBy pic.twitter.com/2aIFk2kz8a