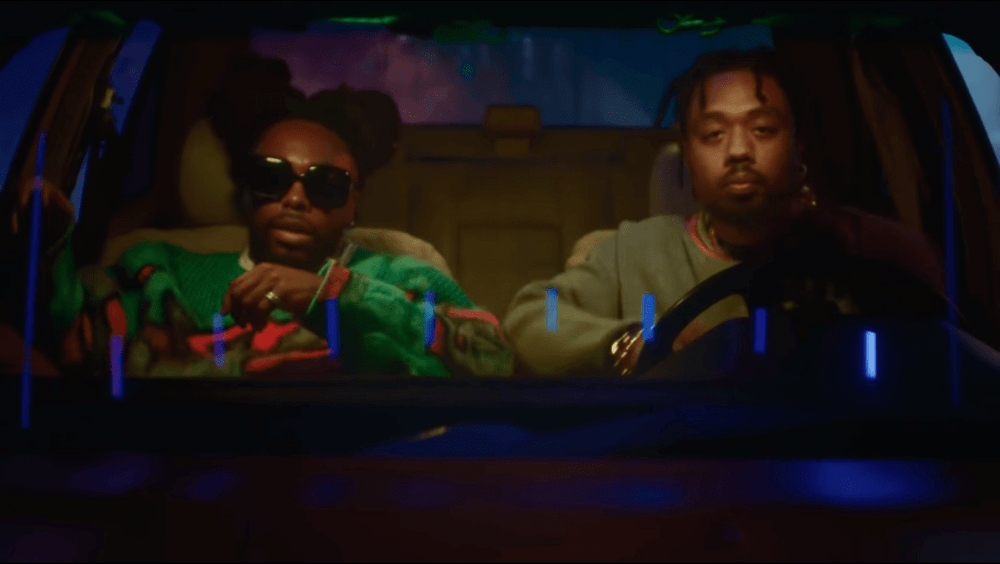 With the second annual Dreamville Festival set to kick off in Raleigh, North Carolina on Friday (April 1), the J. Cole-helmed collective added to the hype by dropping off a brand new Gangsta Grillz mixtape titled D-Day on Thursday (March 31). Now, Dreamville signees EarthGang have added even more fuel to the fire by dropping off a brand new music video for their single “Strong Friends.”

The video finds EarthGang cruising around late at night as they pick up a few friends to join them on their ride as Olu and WowGr8 advocate for people to check in on their “strong friends.” The lighthearted video comes after the duo dropped their unsettling visual for “American Horror Story” on March 23.

“Strong Friends” is the fourth single off EarthGang’s fourth album, Ghetto Gods, to be turned into a music video. In addition to “American Horror Story,” the Atlanta pair dropped off visuals for “Amen” and “All Eyes On Me”  before the project dropped.

The newest visual also comes right before EarthGang embarks on their Biodeghettable Tour, which kicks off on April 20 with special guest Mike Dimes. The duo will wrap up their tour on June 23 and the entire North American trek will be done in collaboration with Pigeons & Planes, which will explore each tour stop to find a breakout local act to open for Dimes and EarthGang.

Check out the video for “Strong Friends” below.