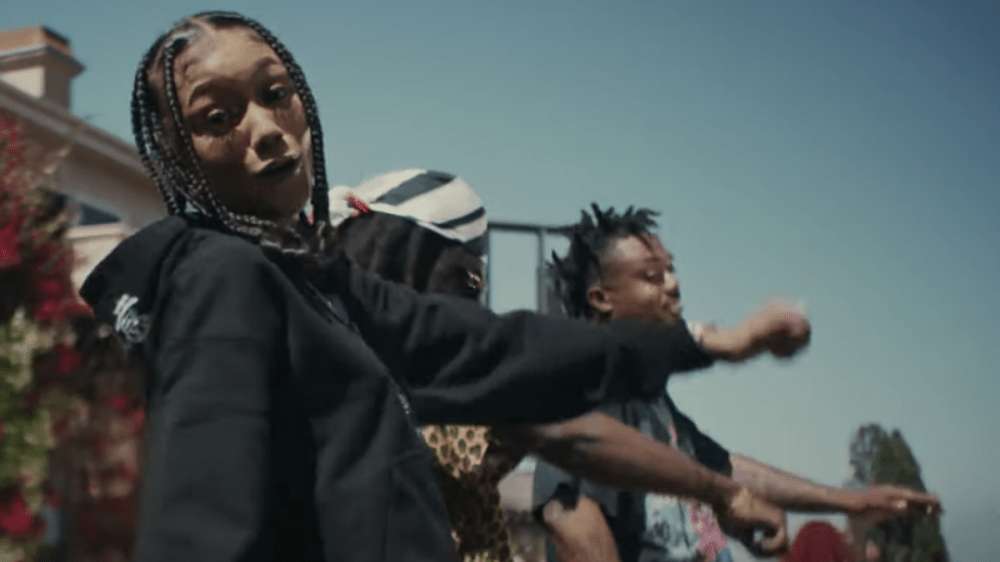 EarthGang connected with Wale earlier this year for “Options” and then decided to recruit the scorching hot Coi Leray to continue her winning streak for the official remix in May. They all joined forces for a day in the sun for the “Options (Remix)” video on Wednesday (June 16) with summer right around the corner.

The enjoyable clip finds Johnny Venus, Doctur Dot, Coi Leray and Wale taking over a rambunctious mansion party with plenty of alcohol being poured, smoke in the air and bikini-clad women hanging by the pool.

A post shared by EARTHGANG ⚡️ WEST SIDE ATLANTA (@earthgang)

Leray sets the scene inside rocking a zebra print top and matching tights before making her way outside where EarthGang takes over and heads to one side of the wild party playing beer pong while the other is doing rounds of body shots.

One thing about Wale, he’s going to his fits off no matter the temperature outside. In this instance, Folarin braves the heat to don a custom 2020 Lakers championship leather jacket designed by Jeff Hamilton, which retails for a cool $5,000.

Back in February, EarthGang promised fans they would be dropping on the same day as J. Cole, but ended up not releasing any music alongside The Off-Season’s arrival, which left fans disappointed. However, the Atlanta duo reunited with DJ-producer Snakehips for “Run It Up” on June 11.