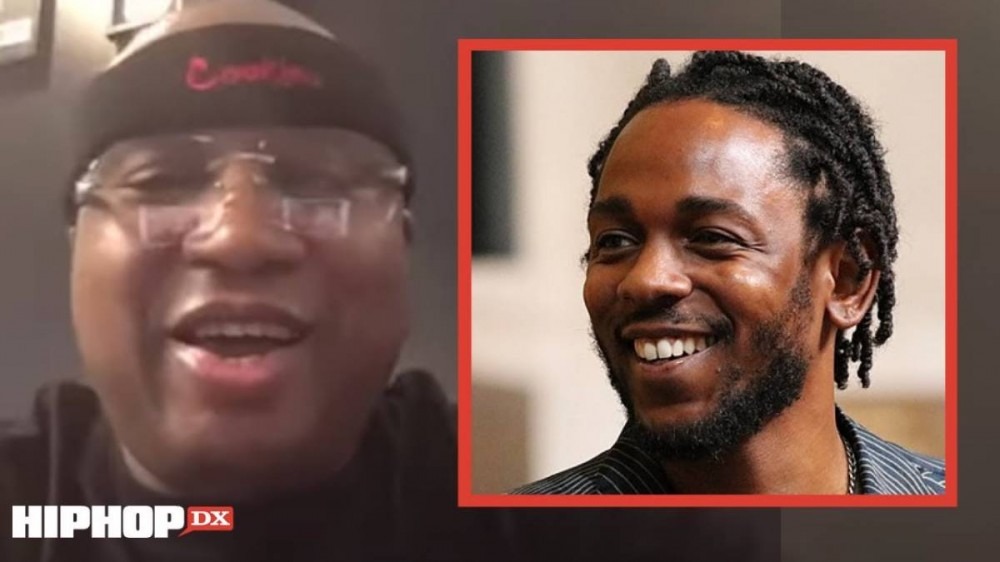 E-40 was no doubt a huge influence on Kendrick Lamar growing up. Between dedicating four lines to the Bay Area legend on good kid, m.A.A.d city and naming Charlie Hustle: The Blueprint of a Self-Made Millionaire one of his 25 favorite albums of all-time, K. Dot will be pleased to know the admiration is mutual.

Speaking to HipHopDX, E-40 explained how it felt to be shouted out by Kendrick on “Money Trees” and gave him high praise as one of the greatest rappers to pick up a microphone.

“It make me feel good,” he said. “Especially somebody of his magnitude, and he is a factor, man. That dude right there is going down in history as one of the best that ever did it, straight up. Just to hear somebody like that saying one of his favorite albums of all time, his top 25 albums, one of them was mine, Charlie Hustle: The Blueprint of a Self-Made Millionaire. It’s a beautiful thing. It make me feel good. That quote was so raw … ‘Living life like rappers do, bump that new E-40 after school.’ He said Earl Stevens, the whole woo-ha. That was one of the biggest shout-outs, ever. I love Kendrick, man.”

E-40 actually goes way back with Kendrick to around the time he released his Overly Dedicated mixtape in 2010. Over a decade ago, the pair were on tour together with fellow Top Dawg Entertainment members Jay Rock, MixedByAli and many others.

“Kendrick, man, we was on tour in 2010 … I think it was called the Independent Tour,” he reminisced. “It was Strange Music then, so it was me, Tech N9ne, Big Scoob, Glasses Malone. Who else was on that thing? Of course, Kendrick, Jay Rock, Ali. You know, Krizz Kaliko, just everybody you can name. We was all one big [family] for two and a half months … Just every day, I would open up the studio. After we perform or before and after, I had a portable studio, so I have it on my tour bus. I’d have it in the room, so I’d get a suite. Kendrick can hang out with me, him and Jay Rock. All of us, we really hung real tough, and this was 2010. You feel me? Just showing love.”

He also revealed his respect for Kendrick, Rock and TDE founder Anthony “Top Dawg” Tiffith supporting each other since the early years and thriving as a result.

“This is how you know they some real dudes,” he explained. “Kendrick was opening up. Not opening up, but being Jay Rock’s support. We all knew Kendrick was raw, but he was his support, and he never hated. He was right there on stage with him, never hated. Then to see Kendrick blossom, and then Jay Rock not hating on him, then next thing you know, Jay Rock end up getting him a big win. Win, win, win, win!

40 continued, “Yeah, so you know that’s just teamwork make the dream work, so I’m so happy for Top Dawg. I knew them dudes when we was all over at Warner Bros. back in the day. We would be sitting in the lobby like, ‘Man, they need to get this right. Woo, woo!’ We was all over there, so Top, that’s my guy. Him and Jay Rock and them folks.”

Even at the beginning, E-40 said there weren’t any “ifs, ands or buts” about Kendrick becoming a superstar.

“He was cold on that microphone,” he said. “He might seem quiet, but that muthafucka’s got hella character to him. He knew how to act and all. You seen him in Power, when he played the dope fiend dude. He was woke. He was ganged up. You know what I’m saying?”

E-40 collaborated with Kendrick on “Catch a Fade” off 2012’s Block Brochure: Welcome to the Soil 3 album. K. Dot had an opening verse on the track and also handled the chorus over production from E-40’s son Droop-E.

Watch the clip up top and look for HipHopDX’s full interview with E-40 and Too $hort to drop soon.