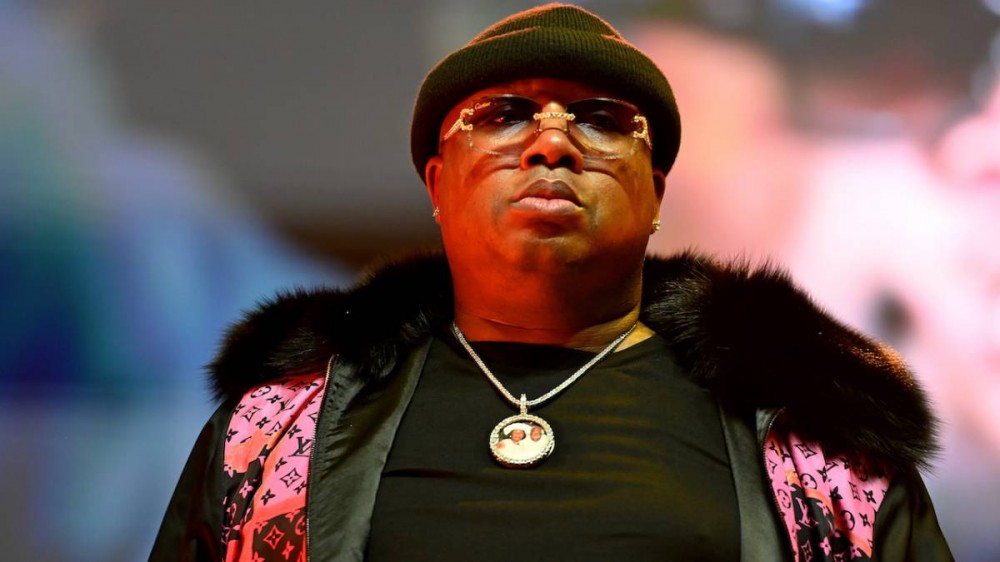 While E-40 talked mostly about football in an interview with ESPN’s Jalen & Jacoby on Friday (January 28), the “Choices” lyricist was asked at the end of the show to offer his thoughts on a Verzuz question posed by Dr. Dre on Sunday (January 23). Who, if anyone, could potentially compete against Eminem in a battle?

“With his style of rap, I really feel like the person that nobody wanna see in a Verzuz battle, imma keep it one-thou-wow and I love Eminem. I love this guy too to the fullest, and his talent speaks for himself. Busta Rhyme would eat Eminem in a Verzuz battle,” E-40 said.

Host Jalen Rose later shared the exchange to his Instagram page, and the comments were flooded with conflicting opinions. “E-40 what you on my man,” one Instagram user wrote. “When you think about it…40 Water right,” wrote another.

While it remains to be seen whether Busta Rhymes or Em even consider stepping into the ring, E-40 himself is no stranger to the Verzuz stage. The Bay Area rapper graced the stage himself in 2020 against longtime collaborator Too $hort for one of the series most memorable battles. In an interview with HipHopDX before the battle, E-40 spoke about his love of Too $hort, and about the pair’s latest album Ain’t Gone Do It / Terms and Conditions.

“Too $hort’s the big homie,” he said. “Just to be on the album with them two tycoons, man. You feel me? We’re tycoons, too, but you know they the young tycoons. You know? So that’s me and him. We’re going to make another album, as well, another classic, but like I say, it was beautiful to have me and $hort because that’s my big bro, man. He the Godfather. I’m the ambassador. You feel me?”