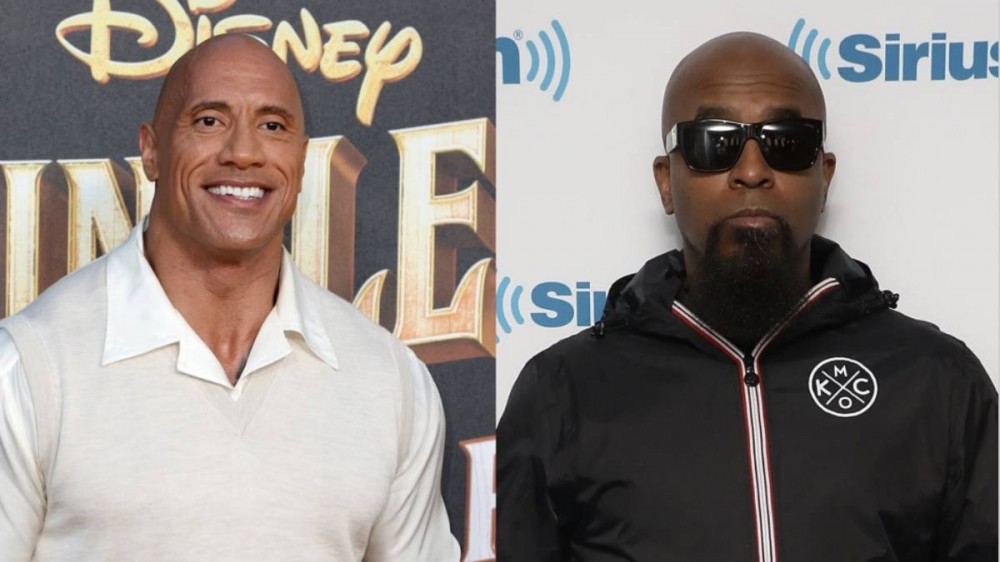 On “Face Off,” the sixth track on ASIN9NE, Tech tapped former professional wrestler and blockbuster movie star Dwayne “The Rock” Johnson for a quick set of bars alongside Joey Cool and King Iso. The song itself has all three rappers spitting their verses with a rapid-fire delivery which has The Rock attempting to do the same.

“It’s about tribe, it’s about power / We stay hungry, we devour / Put in the work, put in the hours and take what’s ours / Black and Samoan in my veins, my culture bangin’ with Strange / I change the game so what’s my muthafucking name (Rock),” the six-time WWE champion rapped.

As if his verse wasn’t surprising enough, The Rock closed the song out thanking his good friend Tech N9ne and revealing it took him only one take to lay his verse down. Tech is also planning on dropping a music video to the track on Friday at 3:00 p.m ET on YouTube.

Although The Rock is calling “Face Off” his “first rap song,” this isn’t the first time he’s appeared on a Hip Hop track. Way back in 2000, Wyclef Jean called upon Johnson to handle the hook duties for his single with Melky Sedeck titled “It Doesn’t Matter.” At the time of that song’s release, Dwayne Johnson was knee-deep in his wrestling career bodyslamming people and dishing out his trademark catchphrases such as “It doesn’t matter,” which inspired the Wyclef single.

Dwayne Johnson continues to dip into Hip Hop culture and saluting the creatives that continue to build it up. Last year, the Jungle Cruise actor posted a video of himself recreating one of Chris Brown’s freestyle dances.

Although his massive frame could’ve easily had him looking stiff, The Rock showed off some fluid dance moves in the middle of his workout. Chris Brown was so impressed he shared the video on his Instagram page.