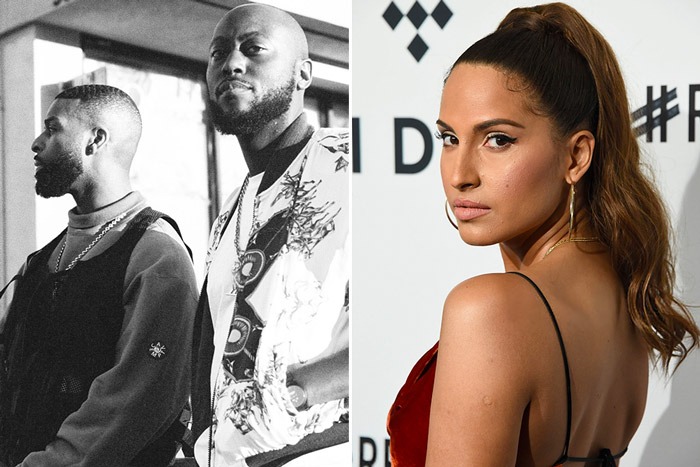 dvsn is taking on a classic.

The OVO Sound duo flips Usher’s ’90s hit “Nice & Slow” for their new single “Between Us” featuring Snoh Aalegra. Over the Nineteen85 production, Daniel Daley shares his intimate desires. “I don’t want nothing in between us, nothing there to stop the feeling,” he sings.

The “I Want You Around” songstress, who recently joined the Roc Nation family, adds her sultry sound to the R&B jam. “We got each other / Let’s shut the world off and take our clothes off,” sings Snoh.

“Between Us” was inspired by dvsn’s previous track “In Between,” which dropped in July. “We’ve never been afraid to take risks in our songwriting, and this time is no different,” said dvsn. “With Snoh’s help, we were able to casually blur the lines of communication and temptation.”

The Canadian duo will release their third studio album A Muse In Her Feelings on April 17. The follow-up to 2017’s Morning After features 16 tracks including the previously-released “A Muse,” “Miss Me?” and “No Cryin” featuring Future.

“Between Us” ft. @snohaalegra out Now!

Our Album “A Muse In Her Feelings” out April 17.
Pre-order or Pre-save available Now: https://t.co/wSUyCCakeK pic.twitter.com/D2TQoDOtzq