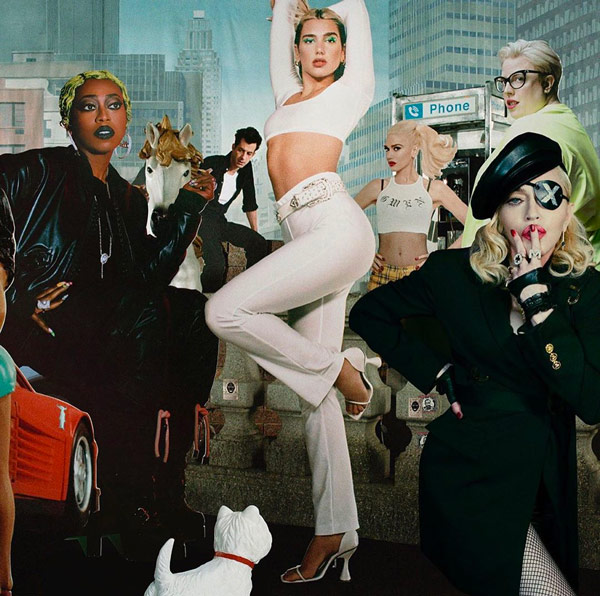 The rap icon and pop queen join the British singer on the electro-house track, which was remixed by Marea Stamper aka The Blessed Madonna. On the pulsing dance-floor bop, Madonna and Missy bring the best of both worlds.

“I’m a freak, I like to play shy / But I will get it poppin’, anything I’ll try,” Missy raps on her spitfire verse.

Missy and Madonna last collaborated on “Into the Hollywood Groove,” a remix to Madonna’s “Hollywood,” which appeared in a 2005 Gap commercial. The same year, they performed the track at the MTV VMAs during which Madonna kissed Britney Spears and Christina Aguilera on the lips.

“It’s always been a massive dream of mine to get to work with both Madonna and Missy Elliott. For both of them to want to jump on a track is so crazy,” an excited Dua told “Ash London LIVE.”

“I am humbly grateful that Dua asked me to be a part of this record because I am a fan of her work and I love the whole ’80s vibes that her music gives,” added Missy. “When her team sent the track, I was like, ‘Oooooh this is fire!’ and I immediately recorded my verse. She heard it and loved it and here we are!”

A video for “Levitating (Remix)” is set to premiere Friday.