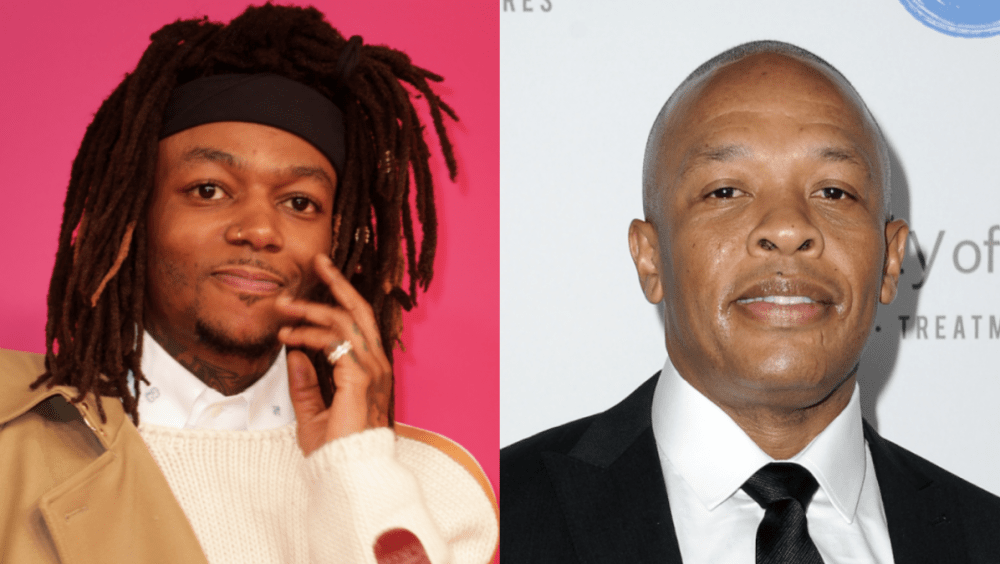 JID fans have seemingly been waiting years for his The Forever Story to drop.

With renewed hopes of the Atlanta native’s offering to arrive later in 2022, the Dreamville faithful got a glimpse at the possible greatness that might be landing on the elusive LP when Dr. Dre and JID were photographed hard at work in the studio on Tuesday (March 15).

The photos actually find JID behind the boards tinkering with the levels and the West Coast rap icon looks to be laying vocals with a smile on his face and headphones over his ears while sitting in front of the mic.

Another pic shows JID and Dr. Dre’s names written out across some of the studio’s equipment, which probably made for an epic session for the Spillage Village member to soak up some greatness.

This isn’t the first time JID was recently in the presence of a Hip Hop legend. Last April, the “Off Deez” rapper linked up with Drake after manifesting meeting the 6 God in a 2019 tweet.

HipHopDX caught up with JID at Rolling Loud NYC in October and he briefly recapped their encounter.

“He’s cool, he’s my dog,” JID said of Drizzy. “He actually came up to me and told me I’m fire as hell and that we should work on some shit.”

The Forever Story could also feature contributions from the likes of Metro Boomin, Anderson .Paak, Cordae and James Blake after JID was either spotted with or rumored to be working with each of the aforementioned artists in the studio since 2021.