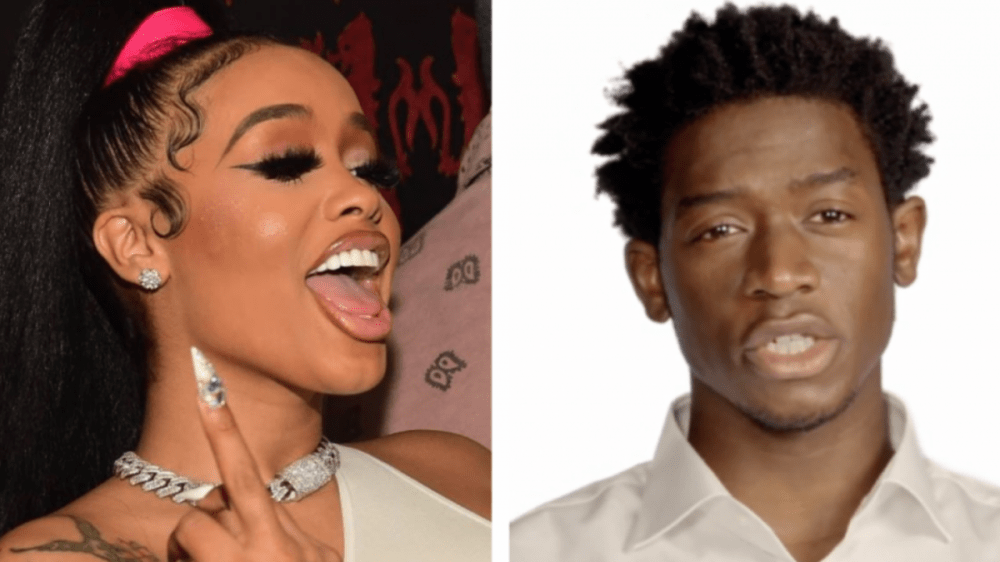 Los Angeles, CA – When DreamDoll and Snowfall actor Damson Idris individually attended an Oscars party over the weekend, chances are they never expected to be the subject of dating rumors.

During an event in Beverly Hills, Los Angeles on Sunday (April 25), the pair were pictured posing for a photo together that sparked speculation as soon as it was posted online. As it turns out, they’d apparently never even met before that night. The British actor, who stars as Franklin Saint in John Singleton’s acclaimed FX series, took to Twitter to address the rumors on Monday evening (April 26).

“Ok. So don’t pose near women because then we are apparently married,” he wrote. “Memo. Forgive me, I’m still learning.”

DreamDoll then commented on The Shade Room’s post, “Y’all need to relax ….. Potential boo? I literally just met him yesterday it was just a damn photo.”

The Bronx rapper also took to Twitter to joke about greeting men in a different way in future to avoid rumors.

The photo in question shows DreamDoll and Damson Idris laughing together during a group photo, but they say there was nothing more to it.

Damson Idris and @dreamdoll spotted at the 2021 #Oscars event! pic.twitter.com/Fftrnog7lF

In March, Idris told a funny story about the time JAY-Z roasted him on a Zoom call for Roc Nation senior vice president of A&R Lenny S’ birthday.

“I jump on the Zoom and immediately everyone’s laughing because I’m topless,” Idris said. “I thought there were going to be four people there and it’s literally 40 people there and I hear a distinctive voice and the voice is like, ‘Hey man, this man on here topless with his nipples out and he got the grey headboard. Yo, who’s in charge of this Zoom? Yo Schaffer, you in charge of this Zoom? Yeah, you see that guy Damson, kick him out.’”

Idris imitated JAY-Z’s voice, saying, “‘OK, so you wear a hoodie to bed? OK, well, you know, you busy like you said. You in London, so obviously, you know it’s Lenny’s birthday, so why don’t you give your little speech and be on your way.’”