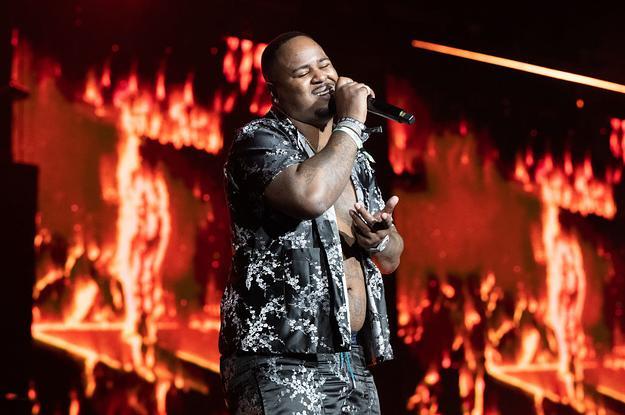 Drakeo The Ruler’s mother is seeking justice in the killing of her son.

During an interview with Rolling Stone, Darrylene Corniel shared that she plans to take legal action after her son Drakeo was fatally stabbed in the neck while at the Once Upon a Time in LA music festival.

Drakeo’s mom reveals new information was given to her by an alleged witness she’d spoken to. Corniel stated that there were about 40 to 60 people in the vicinity, and a large number of people reportedly arrived backstage around the same time as YG.

According to reports, the fatal stabbing of Drakeo the Ruler came amid an ongoing feud with fellow Los Angeles artist YG, and allegedly Drakeo threatened to kill him just months before this incident.

However, the investigating police nor anyone else has come forward to suggest YG was involved in the incident that led to Drakeo, 28, being fatally stabbed.

Corniel stated that her son was backstage with a small group of people, that included his younger brother, Devonte Caldwell, also known by Ralfy the Plug.

“Everything just happened so quickly,” Corniel told Rolling Stone. “They started trying to jump them.”

Drakeo’s mother shared that her younger son, Ralfy the Plug attempted to protect Drakeo to no avail.

“He was trying to fight, but when he turned around, he could see his brother with blood gushing out of him,” she explained. “He was like, ‘Did they stab you?’ It was like, there were so many of them.”

She added that because his death was reportedly ruled a homicide, she was not able to touch his deceased body.

“He was hit in his neck, I saw him when I went to the hospital.” “They said it’s a homicide, so I wasn’t able to hug him or kiss him or anything like that.” Corniel detailed, “I had to look at him through a window.”

Drakeo The Ruler’s mom made clear that she will not rest until she receives justice for her son, adding that she also plans to sue as she feels the venue’s security failed to do their job properly.

“We plan to sue,” she shared. “This happened backstage at an event. Someone has to be held accountable.”

The California Highway Patrol, which is leading the investigation, told reporters Sunday night “there’s nothing credible” to suggest any of the other performers at the Once Upon a Time in LA music festival were involved.