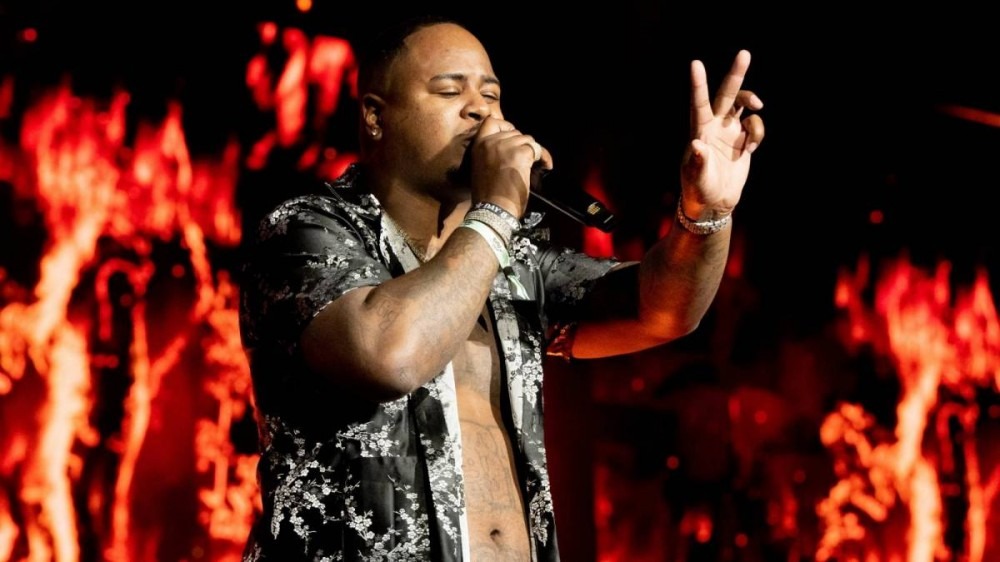 Los Angeles, CA – Drakeo The Ruler lost his life on Saturday (December 18) after he was stabbed in the neck backstage at the Once Upon A Time In L.A. Festival in Exposition Park. Police have yet to arrest any suspects, but rumors online suggested YG and his entourage had something to do with it. In an interview with Rolling Stone, Drakeo’s mother Darrylene Corniel sounded like she believed the chatter, saying the incident happened right around the same time YG showed up backstage.

Now, Drako The Ruler’s associate K7 has surfaced with a detailed account of what transpired that night. Speaking to a friend on Instagram Live, K7 emphatically pointed the finger at YG and claimed it was a setup.

“You got those security guards fightin’ n-gga. Like come on, bro. That shit ain’t cool, bro. On my mama, bro. Them n-ggas got them big ass bald security guards, snuck ’em in, snuck in knives, all types of weird shit, n-gga.”

K7 then wondered why YG was allowed to bring dozens of people with him backstage, while Drakeo The Ruler was capped at 15.

“Let them n-ggas come 70 thick but only told us we could bring 15 people, bro,” he said. “That don’t make no sense. Bro, you told us we could only bring 15 people but let them n-ggas bring a hundred muthafuckin’ people, bro? I’m so hot … YG can’t perform in L.A. no more, bro. I don’t give a fuck who feel about what about or anything. I don’t care, bro. N-gga always do some gay shit for a real one, bro. I’m over this shit, bro. On my mama, these n-ggas is gay. These n-ggas is hoes, bro.”

As K7 continued his account, he claimed Drakeo attempted to link up with the Bloods when he got out of prison in November 2020 and seemed to have his own theory as to why YG, a known Bloods gang member, wanted to take him out.

“This shit is weird,” he added. “N-ggas is hatin’ bro. YG a real bitch. He knew Drakeo was gonna take his spot. Cuh really a bitch. N-gga set the whole shit up. This shit was a set up from the start. N-ggas shoulda been seen this whole setup shit that these faggot ass, bitch ass, gay ass, hoe ass n-ggas did. This shit got me hot, bro … these n-ggas ain’t even ready for war, bro. YG can’t perform in L.A. no more. Fuck all that, n-gga.”

K7, who reps the Rollin’ 30s Crips, said the energy backstage grew dark as soon as YG and his crew showed up.

“When we first came in, we was there … certain n-ggas was there, early, early, so it was cool,” he said. “There wasn’t no tension, but YG and them wasn’t there because they performed later. As soon as he came, it went bad. Like n-ggas knew what they was doing. On my mama, the whole thing was a setup. Bro, n-ggas is hoes.”

Corniel plans on suing the festival organizers for her son’s death, placing the blame on security’s ineptitude.

“He was hit in his neck,” Corniel explains. “I saw him when I went to the hospital. They said it’s a homicide, so I wasn’t able to hug him or kiss him or anything like that. I had to look at him through a window. I need this to be out there. I need people to know. And I do want justice for my son. And I do believe that justice will be served. I will not rest until justice is served.”