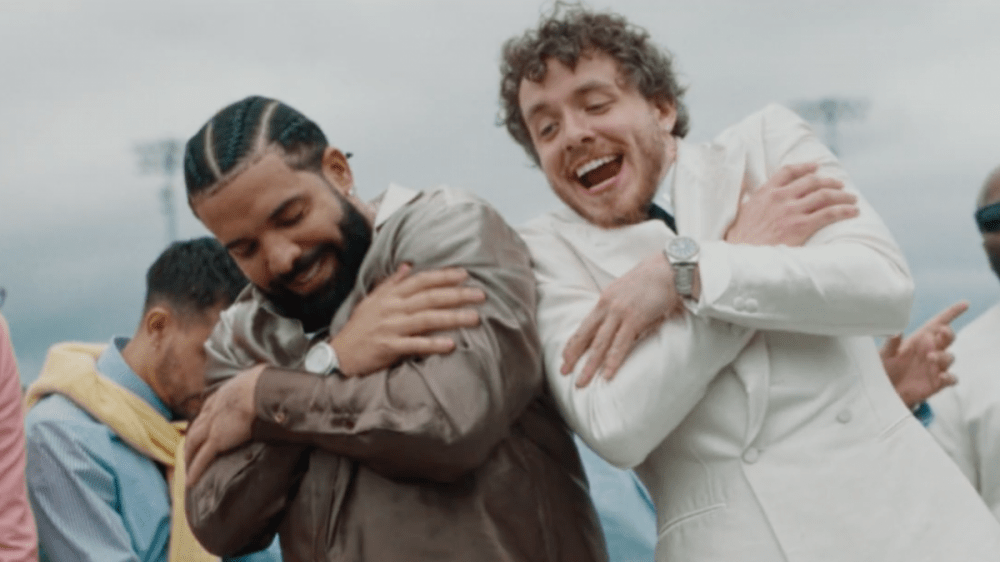 Drake recently collaborated with Jack Harlow on “Churchill Downs” off the Louisville rapper’s Come Home the Kids Miss You album. According to Lil Yachty, Drizzy wrote his entire verse in just over 10 minutes while in the company of Harlow.

Akademiks then pointed out the viral video of Harlow looking over Drake’s shoulder in the Turks and Caicos Islands could have been the moment he was writing his verse.

What makes Lil Yachty’s claim even more impressive is that Drake’s verse on “Churchill Downs” lasts well over two minutes.

“Cold hearts and heated floors,” he raps on the song. “No parental guidance, I just see divorce/Therapy sessions, I’m in the waiting room, readin’ Forbes/Abandonment issues I’m gettin’ treated for.”

The music video for “Churchill Downs” was released on Wednesday (June 1) and has over 5.6 million YouTube views, with the visual shot at the Kentucky Derby in Louisville, Kentucky.

An early version of “Churchill Downs” leaked ahead of Jack Harlow’s album. During an interview with Hot 97 in May, he revealed how he felt about a song with his idol leaking.

“It hurt my feelings,” he said at the time. “I’m really tight about leaks. I don’t bounce my music so I haven’t had leaks in a long time. I don’t ride to my music while I’m working on an album… the only time we get to experience it is in the studio. I don’t export demos because then you have demo-itis too.

“You ride to it and you can’t change it because you get addicted to a version. And I don’t want no leaks. That was heartbreaking, especially because that’s an idol of mine. I wanted to control that moment, but it’s destiny.”