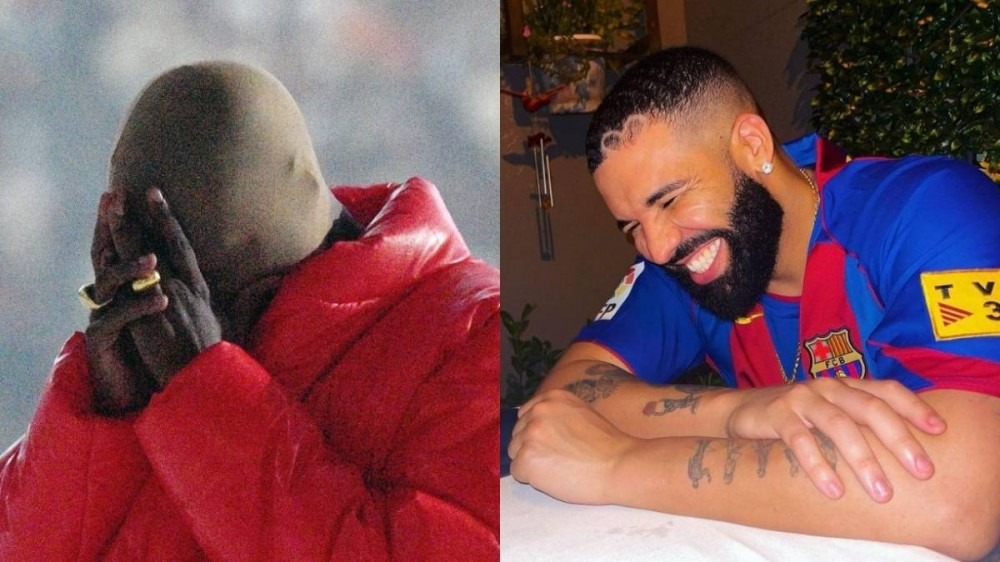 Drake has apparently unfollowed Kanye West on Instagram after five years. The two industry titans have a complicated history that grew even messier this year as they allegedly battled for album release real estate.

Ye was slowly getting Donda out, while Drake was plotting Certified Lover Boy. There were even bets on who would drop first as anticipation for the projects intensified.

Drake has officially unfollowed Kanye West on Instagram after 5 years of following: pic.twitter.com/TXypvItu3B

Drake and Ye’s once-dormant beef was revived in August after Drake threw a shot at Ye on the Trippie Redd song “Betrayal” with, “All these fools I’m beefin’ that I barely know/Forty-five, forty-four, let it go. Ye ain’t changin’ shit for me, it’s set in stone.”

Kanye appeared frustrated Drake was encroaching on his Donda release date and fired back on Twitter, “I live for this,” he wrote in a since-deleted tweet. I’ve been fucked with by nerd ass jock n-ggas like you my whole life. You will never recover. I promise you.”

Ye and Drake’s drama almost made it the Verzuz stage as well. Speaking to veteran radio host Angie Martinez on The Angie Martinez Show in September, Verzuz co-founder Swizz Beatz suggested Ye was ready to destroy Drake in a battle.

“Kanye was willing to do the Verzuz,” he said. “He wanted to battle Drake. I left that up to them, and that’s what I told to Timb, as well. I was like, ‘Yo, they have to bring that to the table.’ They would have to agree to do that. Kanye was ready, but I don’t know where that’s at now. I’m still leaving it on them.”

Ye wound up delivering Donda on August 29, while Certified Lover Boy hit streaming platforms on September 3. The album remained at No. 1 on the Billboard 200 for three consecutive weeks, was dethroned by NBA YoungBoy’s Sincerely, Kentrell album and then returned to the coveted spot for its fourth non-consecutive week on Sunday (October 17).